In the Anaconda area, there are three state parks that should draw your eye:

The Anaconda Smoke Stack dominates the valley between Butte and Deer Lodge. At 585 feet tall the Smoke Stack is one of the tallest free-standing masonry structures in the world and cuts an imposing figure against the foothills and Pintler Mountains behind Anaconda. The Smoke Stack was built in 1919 as part of the smelter that processed copper ore from the mines in Butte. When the mine closed in the 1980s, the smelter was demolished, but the Stack remains, and has become a symbol of the town. The Stack used to be covered in terra cotta, but the terra cotta has eroded off the bottom two thirds, leaving the top third darker than the rest. The Stack is inaccessible to the public, but there is a viewing site with interpretative signs in downtown Anaconda.

Only 12 miles away from Anaconda in the Pintler Mountains, Lost Creek State Park follows the course of Lost Creek as it cuts through a dramatic limestone canyon. The park, with its 25 camping spaces, is an excellent place to spot both bighorn sheep and mountain goats–exactly the kind of animals you would expect to populate the towering cliffs of the canyon. The gem of the park is, of course, Lost Creek Falls, which is easily reached by a short wheel chair and stroller friendly trail. But it is also a popular camping, hiking, mountain biking, and fishing destination. 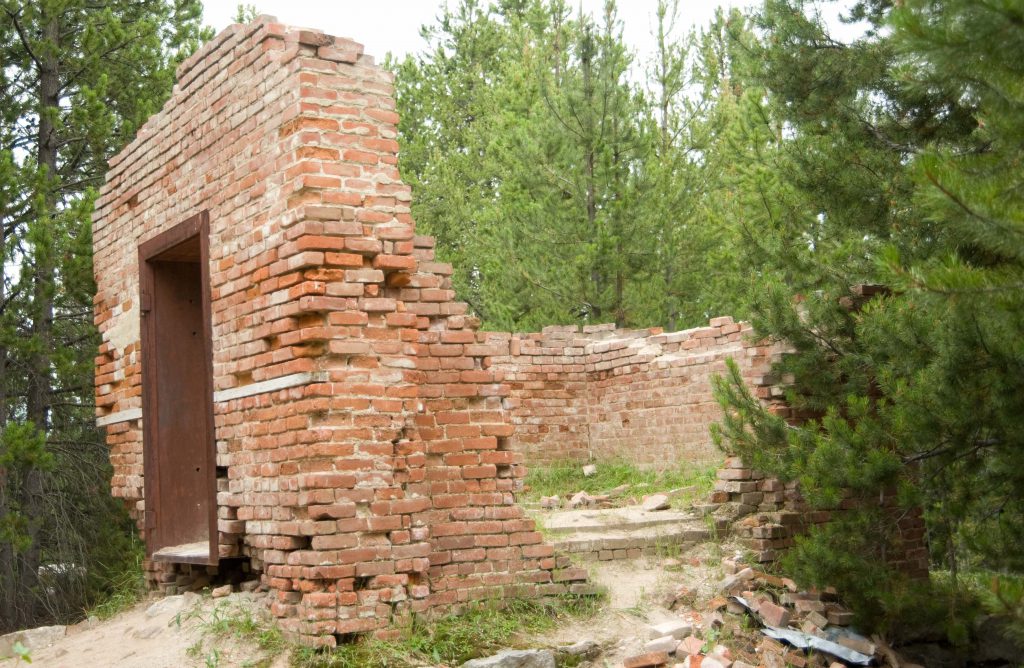 You won’t find a graveyard in Granite Ghost Town, five miles from Philipsburg. Perched more or less on the top of a mountain, Granite gets its perhaps unsurprising name from the hard bedrock that was too close to the surface to dig graves or wells. The ruins range from little more than shallow foundations to mostly-intact mill buildings. There is a Ghost Town trail you can follow, and maps from the tourist office in Philipsburg.