With news of gold in Grasshopper Creek, the gold rush officially began in Montana in the summer of 1862. It was gold that drew thousands to Montana and established some of the region’s most prominent towns. On July 14, 1864, four men (known today as the Four Georgians) set up camp along Last Chance Gulch – so named as the men were giving themselves one last chance to strike it rich before returning to the Alder Gulch Area empty handed. Their claims on Last Chance Gulch would be the beginnings of Helena, Montana’s Capital City.

Unlike many of the towns that mushroomed into existence during Montana’s Gold Rush, Helena today is no ghost town. It has always been a booming town, and one of the centers of Montana life. It is, however, a ghost story town, a city brimming with hauntings and visitations, with unexplained sightings and things that go bump, or in some cases chirp, in the night. Hardly surprising considering the sorts of shenanigans gold rush towns got up to.

The best way to experience the Queen City’s haunted past is on a Haunted Helena Tour aboard the Last Chance Tour Train. 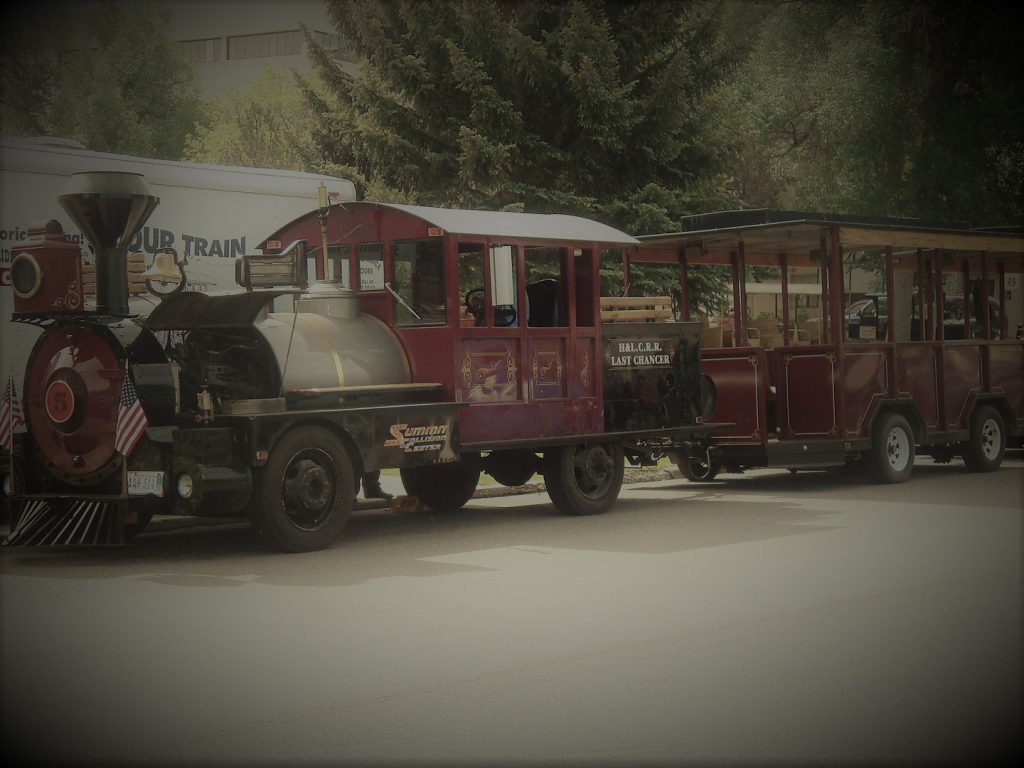 The tour trolley is a Helena institution, and the Haunted Helena Tours are hosted by none other than le grande dame of factual-history-based-Montana-ghost-stories (and hero of the blog) herself, Ellen Baumler.

As a long-time historian at the Montana Historical Society and a prolific author Ellen spent her career collecting stories of Montana history–many of the spookiest found their way into her books including Spirit Tailings, Beyond Spirit Tailings, and Montana Chillers, not to mention her long-running blog and her study of Montana cemeteries, The Life of the Afterlife in the Big Sky State. Ellen knows her way around a ghost story, and the Haunted Helena tour is exciting, informative, entertaining, and just that bit spooky.

This is a great time to note that this tour sells out extremely quickly and these tours are only offered in the fall. Tickets normally go on sale at the beginning of September, make sure to watch the Last Chance Tour Train website and facebook page for more information!

The tour starts and ends at Reeder’s Alley, one of the oldest surviving bits of early Helena, with architecture you won’t see anywhere else in the state. Given the time of year, Last Chance Tours runs their covered trolley for the event. You’ll meet your tour group of roughly 30 at Reeder’s Alley and then take off through downtown toward Helena’s old red light district. As you wind your way through the city, you’ll hear tales of brutal unsolved murders, strangely endearing madams, haunted hallways of hospitals, and a bathroom so plagued with the paranormal that it was sealed shut.

The stories Ellen tells are gristly and sometimes sweet, often surprising, and always humane–in a ghostly sort of way. They’ll make you see Montana’s capital city in a new light and are an essential ingredient to a Montana October. While we would happily sit on the trolley for the entire night listening to Ellen’s tales of years gone by in Helena, she takes the experience one step further and has visitors explore the Benton Cemetery and the paved path of Reeder’s Alley. 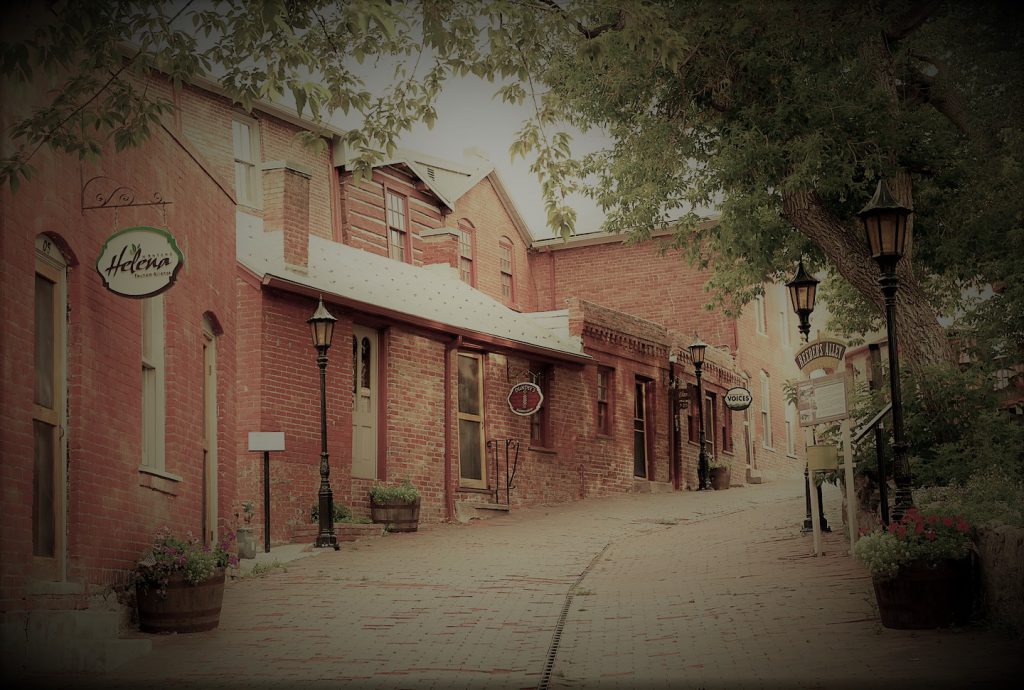 A TASTE OF THE TOUR

As Ellen will share, there is no shortage of Helena hauntings. All of the hauntings recounted by Ellen on the tour can be tied directly back to Montana history. One such story is that of Helena’s hangman tree. The gnarled ponderosa pine stood at the top of dry gulch, today that would be between Davis Street and Blake Street. At least 10 men were hanged at this site between 1865 and 1870. The final recorded hanging was that of Arthur Compton and Joseph Wilson. These men had been found guilty of the robbery and attempted murder of George Leonard by a group of nearly 1500 and on April 30, 1870, they were hanged. A rope would be fasted to one of the trees knotted branches, a noose fastened around the accused’s neck, and they would balance on the back of a horse. When the time came, those in charge of the hanging would slap the rear of the horse, sending the horse running and the perpetrator to his death.

There have been countless unexplainable events recorded from the area. From ghostly sightings to the inexplainable thundering of hooves through the area, there are enough accounts to make you wonder. The tree of death, as it was referred, was chopped down in 1875 by the Methodist minister Shippen who owned the lot. When the tree was cut down, a crowd gathered and took splinters of the tree as souvenirs. Two such pieces can be found at the Montana Historical Society.

This is just one of the stories you may hear on your tour, and with two hours, you’ll hear plenty.

TIPS TO MAKE THE MOST OF YOUR EXPERIENCE

Already looking to dig deeper into Southwest Montana’s haunted history? We’ve worked with Ellen to add a small collection of Montana ghost stories to our site, check them out here. Maybe you are ready for a second tour. Butte offers a Spooks & Spirits tour that is not for the faint of heart but is another great addition to a haunted Montana itinerary!