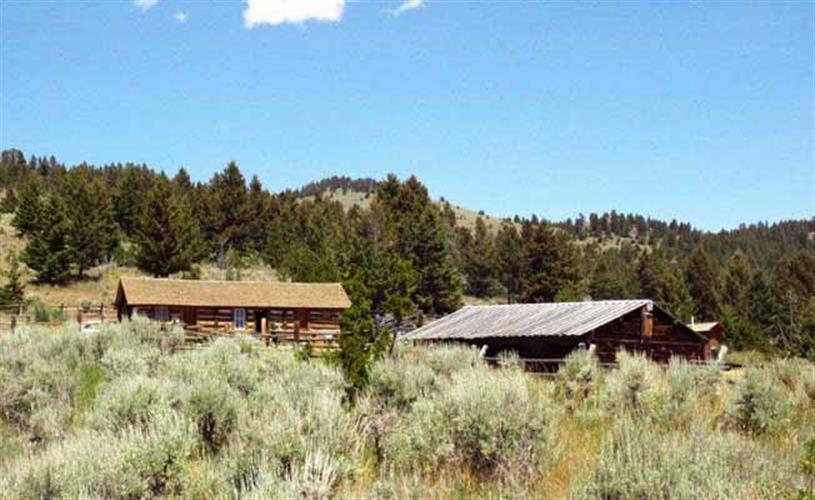 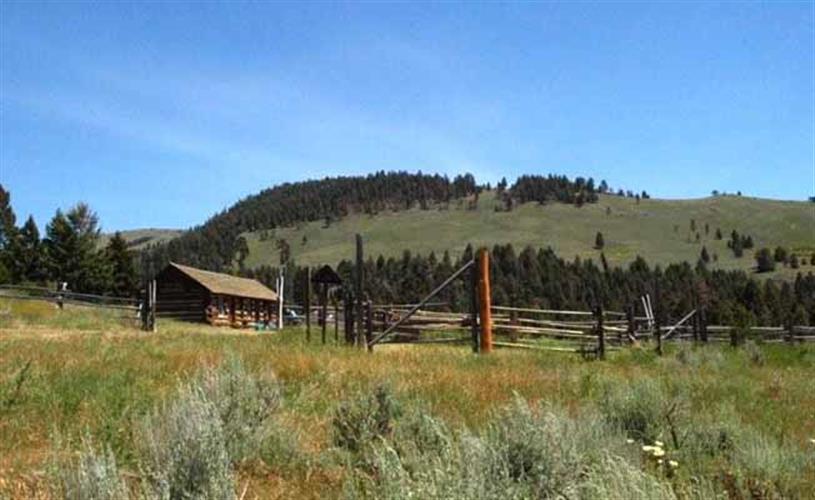 This rustic historical cabin is a wonderful retreat. Located in the Elkhorn Mountains, a place so unique, it is the only Wildlife management like it in the nation. The native open park landscape offers an abundance of things to do in the area. Wildlife viewing and photography opportunities abound. There is an interpretive trial just outside of the cabin. the largest waterfall on the Helena is located within hiking distance. Fishing, hunting and hiking are other opportunities. Try your hand at outdoor cooking over the open campfire or spend the evening spinning spooky tales. Stargazing can be had at its best. There is a lot of history in the area from mining days gone by.

Eagle Creek Ranger Station was originally built by Richard (Dick) Owen about 1895 as a home for himself, his wife, Sarah and daughter, Sadie. During the time the Owen's lived here, the country was in a booming gold rush. It is known that Dick Owen worked at Hassel in the mines and possibly at the Park mines. By the early 1900's, the Owen's had moved to Radersburg, where Sarah Owen ran a boarding house.

In 1905, the Elkhorn Forest Reserve was formed and between this date and the forming of the Helena National Forest in 1908, the Eagle Cabin was taken over by the U.S. Forest Service for administrative use. Eagle, Tizer and Glendale stations were all tied together by a telephone line that went into a switchboard at the store in Radersburg. The cabin is the oldest administrative log structure on the Helena National Forest and, in fact, predates the establishment of the Forest. Eagle was used by the Forest Service on a regular basis until the early 1950's. Riders from the Crow and Indian Creek Livestock Association used the cabin over the years up until the 1970's.

Eagle Cabin is the oldest administrative log structure on the Helena National Forest. Because of its historical value relating to the early history of the National Forest and its integrity, Eagle Cabin has been determined eligible for listing on the National Register of Historic Places. From 1991-1994, the Forest Service, with the help of volunteers and donated materials, restored the cabin. Primitive building skills and materials were used to restore the cabin's original features.

There is a $25 a night usage fee with a two-night minimum stay on holiday weekends. The cabin will accommodate up to six people with three bunk beds. The last four miles up to the cabin is not open to motorized vehicles. The site consists of the cabin, a woodshed, toilet, barn, horse corrals, a fire ring, and is surrounded by a jackleg pole fence.

No potable water or electricity. The cabin is heated with a wood stove. A propane camp stove is provided for cooking. Also available are dishes, silverware, cooking utensils, pots and pans, firewood, axe, shovel, outhouse and cleaning supplies.