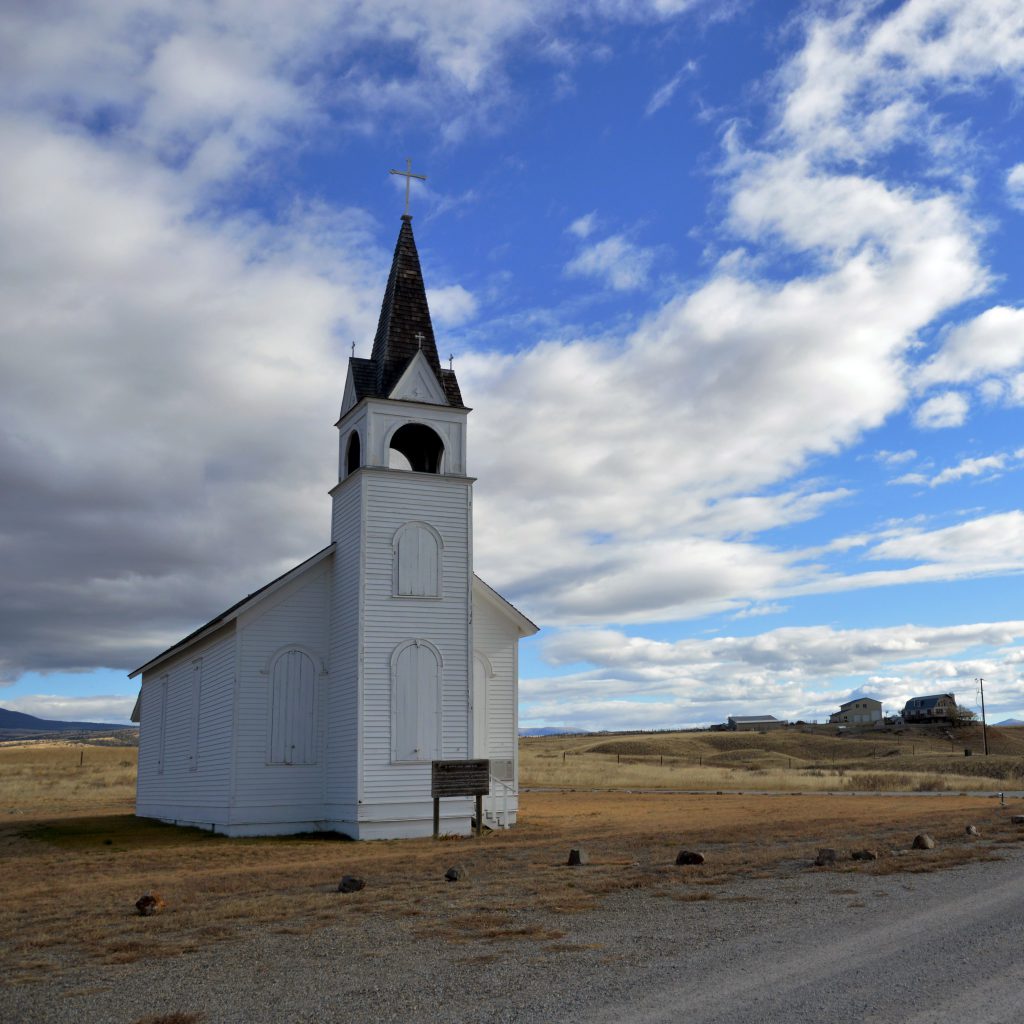 Many feet of water should cover St. Joseph’s church. Built in 1875, on the banks of the Missouri River in the town of Canton, Montana, St. Joseph’s is Montana’s seventh oldest church, and was the first built by community members, rather than a religious order. The rich ranchland around Canton supported some of the oldest settlements in the area, and the Canton post office began operation in 1872. Three years later community members, many of whom hailed from Canton, New York, started construction on St. Joseph’s. With its arching windows and fan light over the door, the white clapboard church references the Colonial Style common in the east but quite rare in Montana. 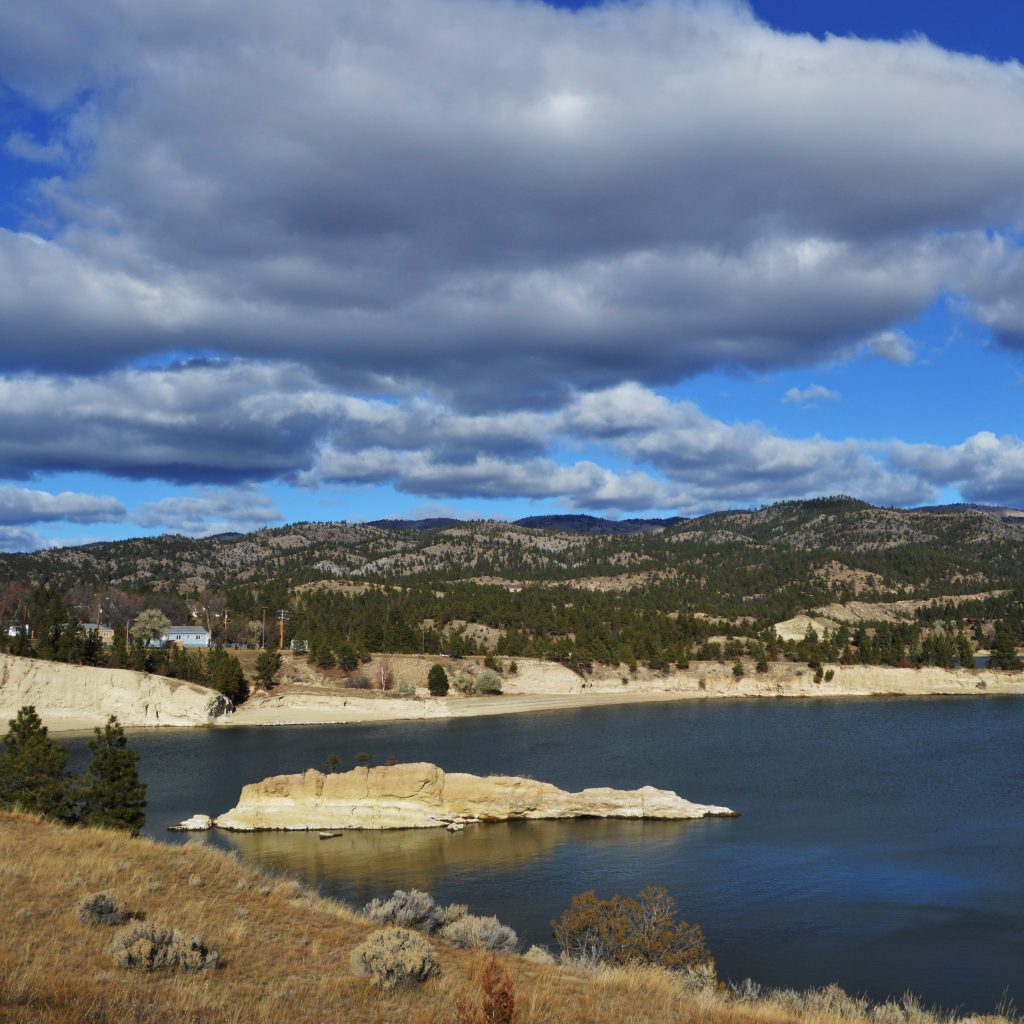 Canton lay far enough upstream from Canyon Ferry that construction of the first dam in 1898 didn’t affect the town. However, the Bureau of Reclamation’s much larger dam, which began construction in 1949, certainly did. Between 1949 and 1954, most of the buildings in Canton and along the Missouri between Townsend and Canyon Ferry were simply abandoned to the rising waters. Traces still remain on the bed of Canyon Ferry Reservoir. Community members of Canton, however, couldn’t bear to see their church witness the same fate and so campaigned to have the church moved out of the reach of the lake. St. Joseph’s now rests on a knoll near the Canton cemetery, two miles from its original site. Today the building has become a community center on the little-traveled east side of Canyon Ferry. The church hosts free musical and historical performances during the summer months, and families gather in the church park and picnic area year-round.