Rick and Susie Graetz | The University of Montana 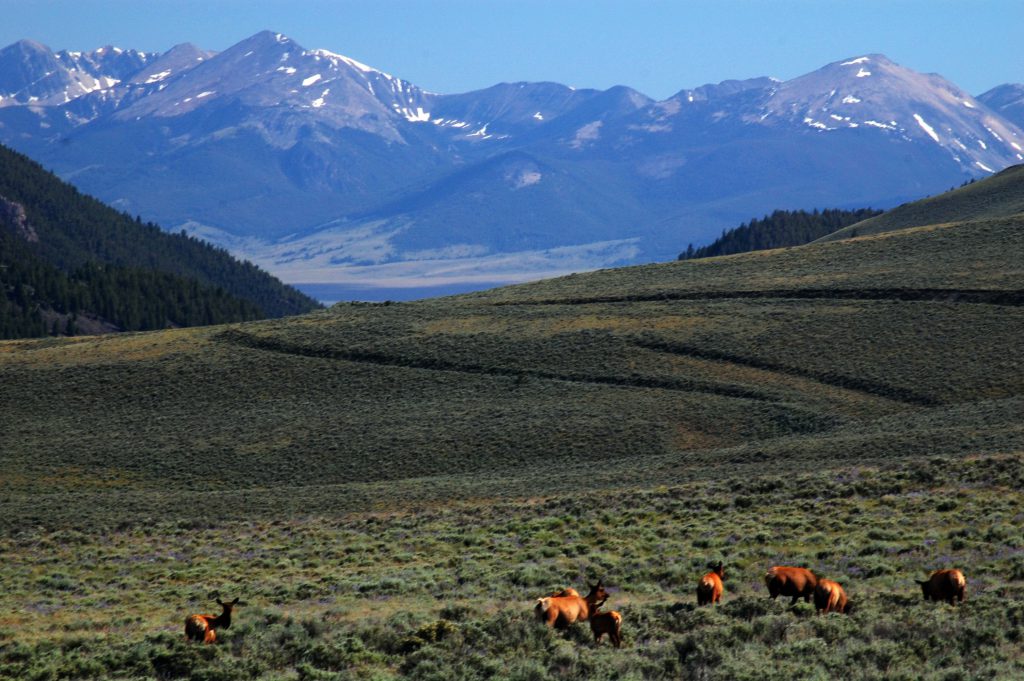 By: Rick & Susie Graetz | The University of Montana

By the fall of 1862, only a couple of months after the July discovery of gold on southwest Montana’s Grasshopper Creek, some 400 people settled about eight miles upstream from the first “showing of colors” giving birth to Bannack. In the spring of 1883, the place grew to 3,000 folks giving the new town a sizeable presence.

This populace required not only the necessities of life, but also equipment and other supplies not available in the wilds of what was first part of the Dakota Territory and then the Idaho Territory when it was created in spring of 1863. Everything had to come from St. Louis and needed to be ordered well in advance.

For its first seven years, merchandise arrived in Bannack either by way of Missouri River steamboats providing transport to Fort Benton then via wagons that forged a 300-mile-long road to the town, by pack string from Lewiston, Idaho, or from land freighters pointing west from St. Louis on the long haul to Salt Lake.

An estimated 300-mile road was blazed from Bannack to connect with this southern transfer point. It headed out of town through the Horse Prairie Creek Valley and then up Medicine Lodge Creek on the west side of the Tendoy Mountains. From there it ascended to the Medicine Lodge-Big Sheep Creek divide and then dropped into the Big Sheep Creek-Nicholia Creek Basin before once again climbing, this time, to the Continental Divide passing through the wide, sagebrush-covered 7,679-foot Bannack Pass. The road then lowered to Idaho’s Medicine Lodge Creek and eventually came out to the prairie country of southeast Idaho near Dubois and then to the Great Salt Lake.

On May 10, 1869, as tracks of the Union Pacific and Central Pacific railways met at Promontory, Utah and the “golden spike” was driven, the nation’s transcontinental railway was completed. Corrine, Utah, 70 miles north of Salt Lake, grew from this event. Its purpose was to serve as a transfer point for train passengers and the freight to be loaded onto wagon trains and stagecoaches headed to the gold camps and towns of Idaho and Montana. The time it now took to get to the Rockies from St. Louis was greatly diminished.

“Traffic” on the Bannack Road increased. By 1873 though, eleven years after its inception, use dwindled as Bannack’s gold began playing out. During the height of its life, five stage stations, providing food and shelter for humans and animals were located along the approximate 60 miles between Bannack and the Montana/Idaho line on Bannack Pass.

On the edge of the remaining buildings of Bannack State Park, the old wagon ruts can be still observed as they pull southward up the hill. Almost the entire route may be seen and followed, most of it is on a well-maintained gravel and dirt county road (wet weather makes parts of it impassable and the uppernreaches are snow clogged in winter). At a point in Nicholai Basin, the original trail crossed through the bottoms and signs of years of passage are yet visible. The county road somewhat parallels the old path just to the east and then again meets the onetime freight road before reaching the Continental Divide.

By the way, don’t confuse this Bannack Pass with Bannock Pass along Montana Hwy 324 farther to the west. Bannock is the correct spelling for the Indian Tribe that roamed the area. The o was mistakenly changed to an a when a post office was established for the town in November 21, 1862 and the name was submitted to Washington, D.C where the error occurred.

A US Forest Service Map – Beaverhead-Deerlodge South Half – delineates the way very clearly. Appropriately start from Bannack and then head towards Bannack Pass. You can continue on to Dubois or come back to Big Sheep Creek and take the road to Dell and Interstate Hwy 15.

In exploring this historic road, you’ll wander through some of Montana’s most remote terrain; a landscape of wide, open sage-filled valleys lined with mountains in every direction. The peaks of the Beaverhead to your west carry the Continental Divide and some of its summits share the 11,000-foot level of elevation, including 11,125-foot Eighteen Mile Peak, the highest summit on Montana’s segment of the Divide.