By Rick and Susie Graetz | The University of Montana 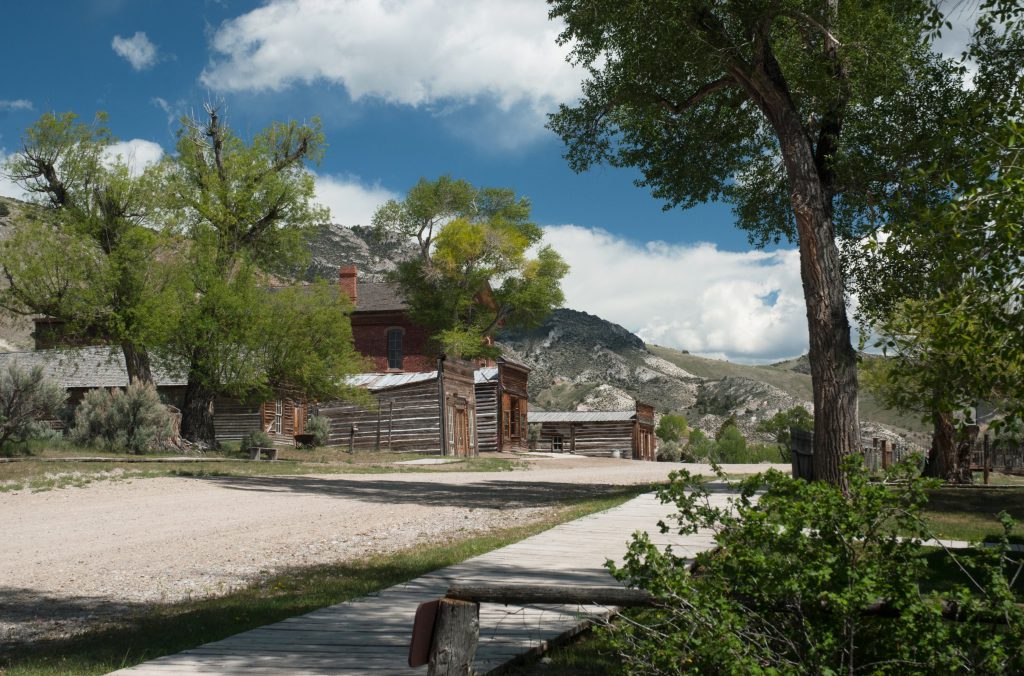 The town site of Bannack is a dot on the map, a mere speck in a vast sea of rugged mountains and broad valleys carpeted in sagebrush and bunchgrass. This corner of Montana remains relatively unspoiled, the terrain little changed since Lewis and Clark threaded their way toward the Continental Divide at Lemhi Pass, just west of Bannack.

Here, peaks soar to 11,000 feet and rivers and streams course through sloping “lowlands” at nearly 6,000 feet above sea level. Winter temperatures can dip to 50 degrees below zero, and summers are brief but glorious celebrations of greenery and the sound of running water. Trout and Arctic grayling rise to feed on a superabundance of mosquitoes and salmon flies, and elk forage undisturbed in high meadows.

Even today the marks of civilization are dwarfed by the landscape. It’s a 1,507-foot climb from downtown Bannack to the nearby 7,287-foot summit of Bannack Peak. From its top, long views extend 20 miles south to the Tendoy Mountains – named for a chief of the Bannock Indians – and 30 miles to the southwest to the 10,000-foot and higher peaks of the Beaverhead Range and the Continental Divide

Looking north just 15 miles distant, the rocky crags of the East and West Pioneers hold their heads aloft, topping out at 11,154- foot Tweedy Mountain. Closer in, a spacious saddle, draping from the flanks of 10,565- foot Baldy Mountain to the Rocky Hills, forms Badger Pass and carries Hwy 278 from the Beaverhead Valley and the Dillon area to the Grasshopper Creek Valley. The Rocky Hills are the mountains that cradle Bannack and concealed the desired gold. 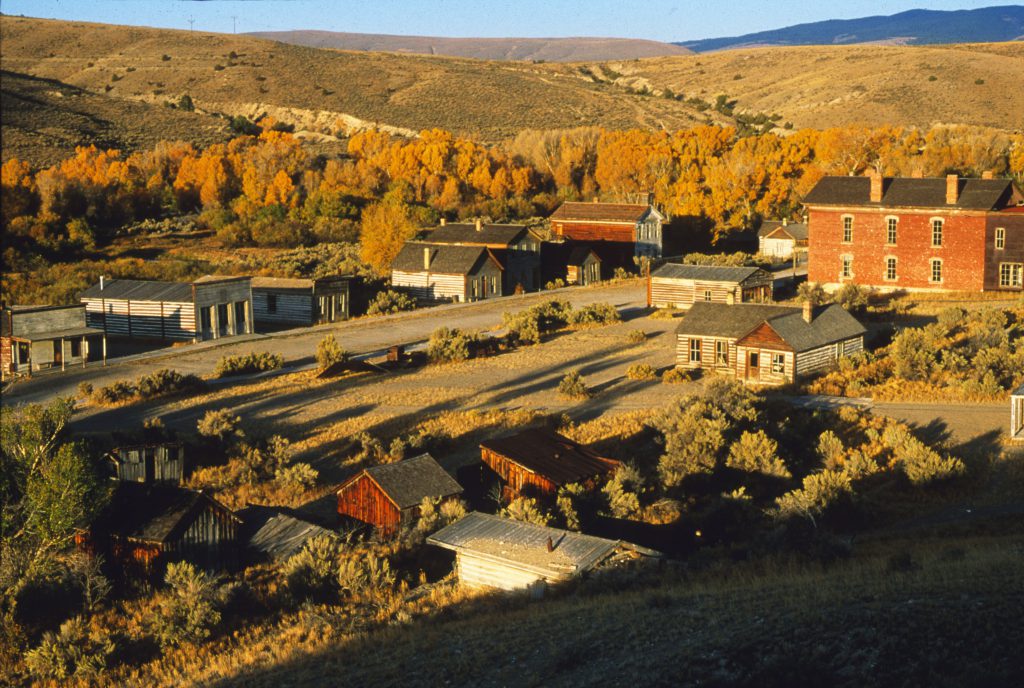 Twenty-five eagle miles north of Bannack, near the outpost of Elkhorn Hot Springs, Grasshopper Creek gathers its waters from countless springs and creeks spilling out of the East and West Pioneers. The small waterway flows south traversing its namesake valley through idyllic ranch lands and sage covered hills before it knifes into a narrow canyon on the east edge of Bannack on its way to the Beaverhead River.

Bannack’s western horizon is framed by the Big Hole Divide, a knobby ridge connecting the West Pioneers to the Beaverhead Range. Here, Hwy 278 crosses over Big Hole Pass down into the sprawling Big Hole Valley, legendary for fishing, haystacks, tough winters, and mosquitoes. During Bannack’s heyday, the Big Hole-along with the Beaverhead and Grasshopper valleys-was the heart of Montana’s emerging cattle industry. Some of the ranches still in operation grew from those early years and have been in the same family for generations.

The rugged terrain, harsh climate, and expansive ranching operations have sheltered the region from the more obtrusive inroads of human development. Today’s vistas would not be unfamiliar to the area’s first inhabitants.