Montana Territory: The Birth of Montana

From Montana A History of Two Centuries by Michael P. Malone, Richard R. Roeder and William L. Lang. Printed by permission of the University of Washington Press 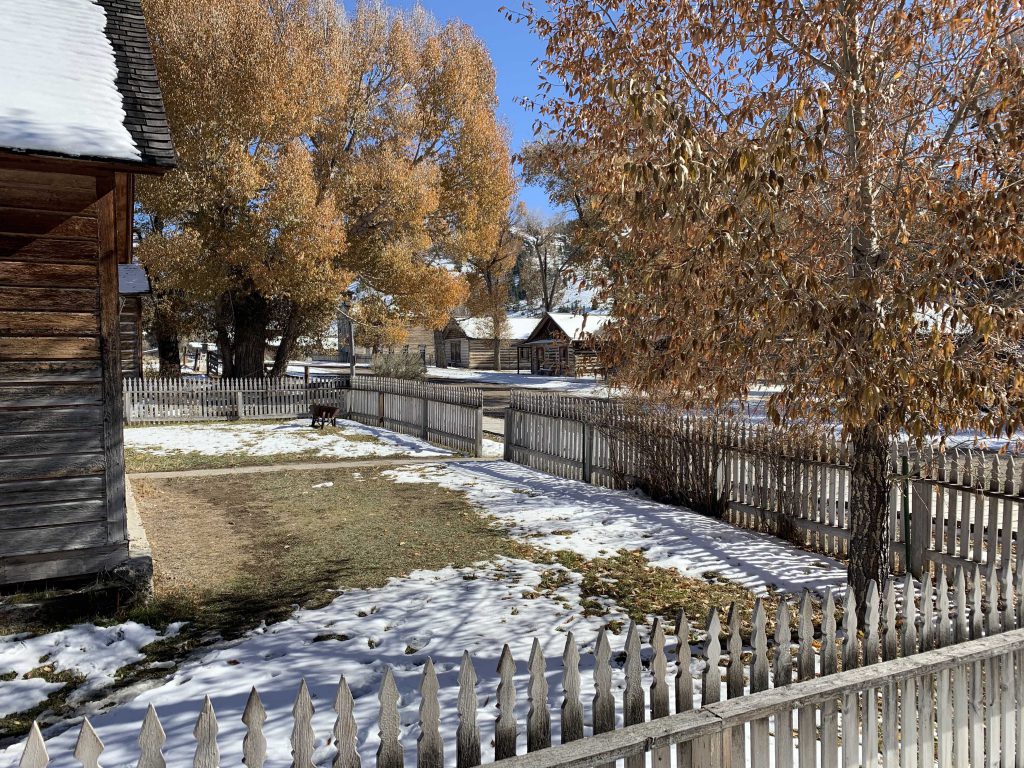 From Montana A History of Two Centuries by Michael P. Malone, Richard R. Roeder and William L. Lang. Printed by permission of the University of Washington Press

Each of the United States of America, except for the original thirteen, Texas, and California, was first organized as a territory before achieving admittance to the Union as a state. Originating with the Ordinances of 1785 and 1787, the territorial system provided the expanding United States with a method of governing frontier areas until they gained sufficient population and economic maturity to qualify for equality with the states. Territories represented a sort of compromise between colonies and states.

They had limited powers of legislative self-government, but their executive and judicial officers were appointed by the federal government. Not surprisingly, residents of frontier territories usually demanded quick admission to statehood so that they could gain full control of their local governments. Until they had such control, federal supervision over their local affairs was the source of constant frustration. Montana’s time of frustration lasted for twenty-five years, from the creation of Montana Territory in 1864 until the territory was admitted to statehood in 1889.

The mining boom of the 1860s brought the first sizable influx of whites to Montana and, thus, the first demands for government. Until that time, the large eastern and small western sectors of what would be Montana had simply been attached to huge frontier territories whose centers of population lay hundreds, even thousands, of miles away. The eastern two-thirds of Montana, which occupies the far northwestern corner of the Mississippi-Missouri Basin, had formed the far extremity of Indian Territory until 1805, was part of Louisiana Territory until 1812, Missouri Territory until 1821, a general Great Plains Indian Country until 1854, and Nebraska Territory until 1861, when it became the western sector of newly created Dakota Territory.

The northwest corner of Montana lies on the periphery of a different geographic province, the Columbia River Basin. The United States and Great Britain held this area, known as “Oregon Country,” under a joint occupancy agreement until 1846, when they agreed to extend the 49th parallel boundary to the Pacific as the dividing line between the United States and Canada.

Quite by accident, it was the advance of the mining frontier that caused the eastern and western regions of Montana to be joined together in one political unit. In 1861-62, as miners began the rush into the newly opened goldfields of present-day north-central Idaho, settlers demanded a new territory in the Northern Rockies. Congress responded in March of 1863 by creating Idaho Territory. Carved out of Washington, Dakota, and Nebraska territories, Idaho embraced an enormous area, including all of present-day Idaho and Montana and most of Wyoming. Its capital lay on the far western border at Lewiston. Significantly, the creation of Idaho brought eastern and western Montana within a common boundary for the first time.

Idaho Territory was a geographic impossibility. The massive ranges of the Rocky Mountains divided the territory in half, and a thousand miles separated Lewiston in the west from the far eastern extremities. Even in 1863, Idaho’s population was shifting rapidly eastward, across the Continental Divide to the mining camps on the upper Missouri. With good reason, the Bannack-Virginia City miners believed that Lewiston—hundreds of miles away over endless, snow-clogged mountain passes—could never govern them properly. The outrages of the Plummer Gang tended to prove their point. Miners began agitating for the creation of a new territory, to be split from Idaho along the crests of the Rockies.

Fortunately for their cause, Judge Sidney Edgerton, the newly appointed chief justice of Idaho, arrived at Bannack in September 1863. Edgerton, a former Ohio congressman, was unable to proceed to Lewiston because of the approach of winter. He soon learned that the governor of Idaho had snubbed him by assigning him to the faraway judicial district lying east of the Divide. Both Edgerton and his nephew, vigilante leader Wilbur Fisk Sanders, took up the settlers’ crusade to divide Idaho Territory. Edgerton personally knew the president and many congressmen, so the miners chose to send him to Washington, D.C., to press their case. Carrying two thousand dollars in gold, Edgerton headed east in January 1864. Meanwhile, the Idaho legislature at Lewiston obligingly petitioned Congress to carve a new territory named Jefferson out of Idaho, with the dividing line along the Continental Divide and the 113th meridian, locating Idaho’s new eastern boundary just west of the Deer Lodge Valley.

Arriving in Washington, Edgerton consulted with President Lincoln and found him agreeable to the idea of a new territory in the Rockies. More important, Edgerton discovered that his friend and fellow Ohioan, Congressman James M. Ashley, had already begun work on a bill to form the new territory. Ashley, who chaired the House Committee on Territories, had the power to make his wishes felt. His political muscle and reports of the area’s wealth of gold, which Edgerton reported as influential “in such a mercenary age as ours,” pushed the bill speedily through Congress.

While the bill lay in committee, Edgerton and his allies broke with the Idaho legislature by maneuvering the new territory’s northwestern boundary three degrees to the west. This meant that the Idaho-Montana territorial line would generally follow the Bitterroot summits northward to the United States-Canada boundary and that Montana would take a 130-mile-wide bite out of northern Idaho. In this manner, Idaho lost the Flathead, upper Clark Fork, and middle Kootenai valleys to its new neighbor. The arrangement reduced the width of northern Idaho by three-fourths, leaving it an awkward “panhandle,” cut off from the southern portion of the territory by the rugged Salmon River Mountains. Idaho petitioned Congress to restore these “stolen” lands, but with no success. The Lewiston area even advocated establishing another territory named Columbia, which would join today’s western Montana, northern Idaho, and eastern Washington, but the plan got nowhere. So, by circumstance and scheming, the new territory emerged with its jagged western border.

Congress, preoccupied with the Civil War, devoted little time to the matter of founding another western commonwealth. The one serious threat to passage of the bill arose when the Senate voted to force the new territory to give the vote to African Americans. Even though there were few blacks in the Northern Rockies, this explosive issue caused a deadlock with the House of Representatives. The two houses of Congress finally compromised by restricting the vote to citizens of the United States, thus leaving the newly freed African Americans without a guarantee of the ballot on the distant mining frontier.

The House and Senate also debated the name that Congressman Ashley had placed on his creation. “Montana,” from the Latin or Spanish adjective meaning “mountainous,” first appeared as a place name in 1858, when Josiah Hinman gave the name to a small mining town near Pike’s Peak. Governor James William Denver of Kansas Territory remembered the name and suggested it to Senator Stephen A. Douglas as a name for a future territory in the Rockies. Ashley picked the name up from Douglas or somewhere else and liked it enormously. After trying unsuccessfully to give the name to what became Idaho in 1863, Ashley determined to apply it to Idaho’s new neighbor.

When Ashley’s Montana bill reached the floor of the House, the Democrats began harassing the Republican about the name. The Democrats suggested dropping it and substituting the title “Jefferson” to honor the founder of the Democratic party or even “Douglas” to commemorate the prominent Democratic senator from Illinois. Ashley and the Republicans would have none of it. Congressman Jacob Cox of Ohio suggested “Shoshone,” but the name was scuttled when the Colorado delegate pointed out that Shoshone meant “Snake,” a word that had unfortunate implications during the Civil War, when pro-Confederates from the North were called “Copperheads.” The debate reached the point of true absurdity when Representative Elihu B. Washburn of Wisconsin suggested the name “Abyssinia,” taunting the Republicans about their fondness for African Americans.

Although Ashley won his battle in the House, two weeks later the Senate again challenged the name “Montana.” Again, several members believed the classical name was inappropriate and argued that an Indian word would be better. But no one could suggest a name with any relevance to the place, so they too settled on Ashley’s title, but only after this illuminating exchange:

MR. HOWARD: I was equally puzzled when I saw the name in the bill…. I was obliged to turn to my old Latin dictionary…. It is a very classical word, pure Latin. It means a mountainous region, a mountainous country.

MR. WADE: Then the name is well adapted to the Territory.

MR. HOWARD: YOU will find that it is used by Livy and some of the other Latin historians, which is no small praise.

MR. WADE: I do not care anything about the name. If there was none in Latin or in Indian, I suppose we have a right to make a name; certainly, just as good a right to make it as anybody else. It is a good enough name.

Montana it became, and Montana it has remained. Following approval by Congress, President Lincoln signed into law the bill creating Montana Territory on May 26, 1864. 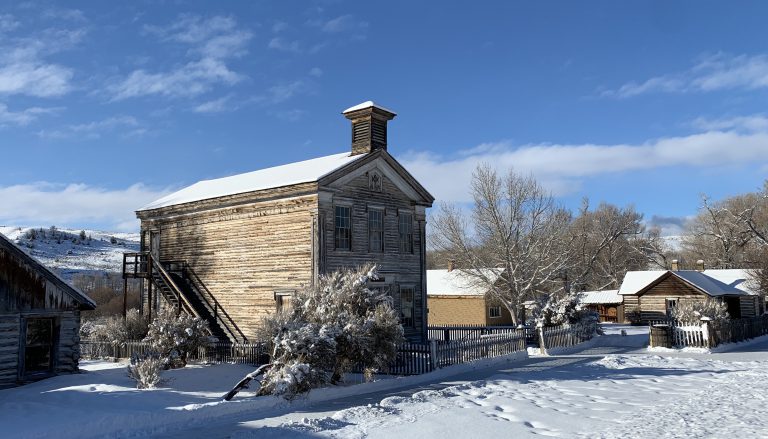 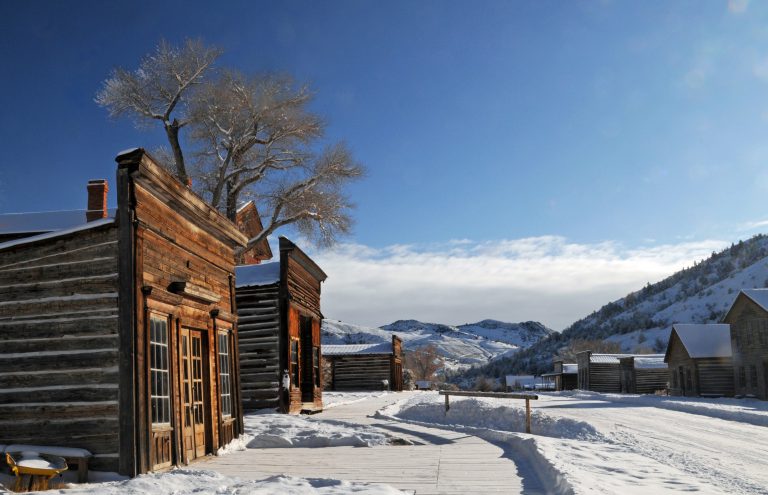 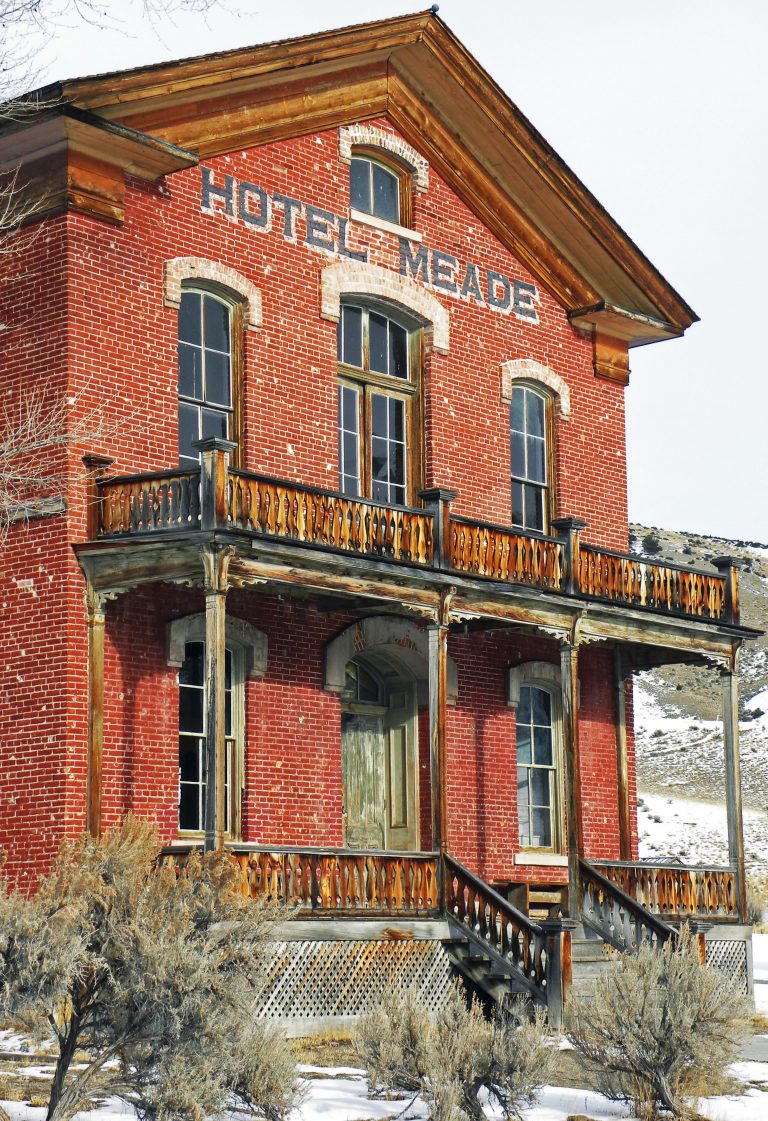 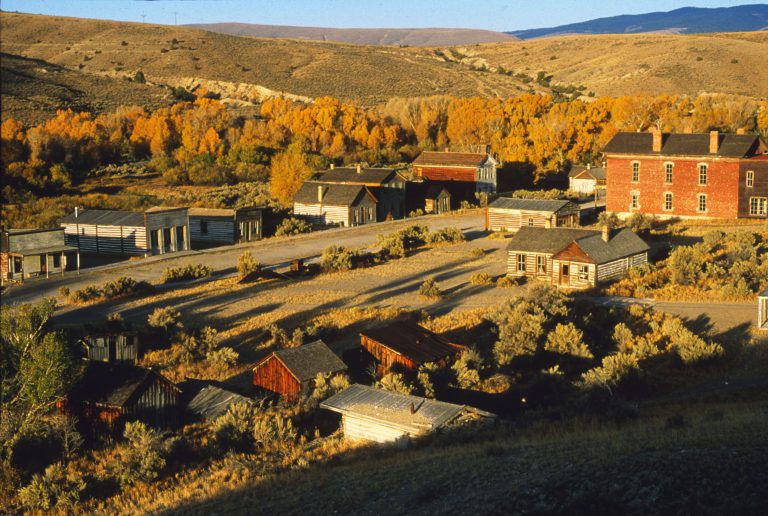 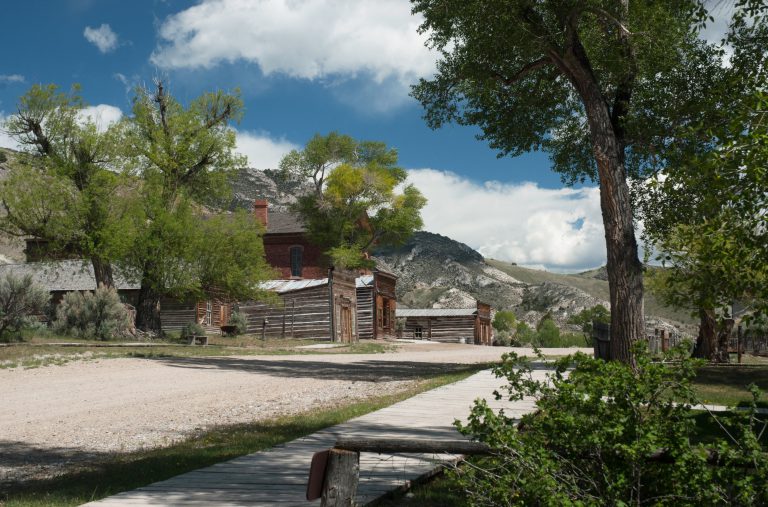