A Geology Primer for Beaverhead County and Southwest Montana

Southwest Montana’s geology records an impressive amount of Earth’s 4.5-billion-year history. The oldest rocks in the area are about 3.3 billion years old, formed through the metamorphism of even older rocks by heat and pressure during a massive continental collision that buckled rocks and shoved them as high as the modern Himalayas. There was no breathable oxygen, the oceans were green in color due to the large quantities of unoxidized iron in the water, and the only living organisms were bacteria living in lakes and in the oceans, some of which photosynthesized, releasing a growing amount of free oxygen into the atmosphere. By 2.0 billion years ago, enough oxygen existed in the world’s oceans and atmosphere that iron began to oxidize, leaving distinctive deposits called banded iron formations that are today exposed in some of the mountains of southwest Montana, like the Ruby Range east of Dillon. This phase of mountain building concluded around 1.7 billion years ago, and erosion began erasing these mountains.

About 1.5 billion years ago, the crust of the Earth began to pull apart in southwest Montana, producing an inland sea called the Belt Basin. This inland sea accumulated tens of thousands of feet of clay, silt, and sand eroded from adjacent highlands that lacked vegetation or soil. The Dillon area was one of these uplifted blocks of crust, shedding gigantic alluvial fans to the north and west into the sea. Baldy Mountain at the southern end of the Pioneer Mountains west of Dillon is a place where you can see beautifully cross-bedded sand deposited by streams into the Belt Sea some 1.4 billion years ago! Evaporation of the water caused limestone to precipitate, and photosynthetic bacteria locally changed the water chemistry, forming cabbage-shaped mounds of limestone called stromatolites. Because no burrowing animals existed at this time, these sedimentary rocks contain exquisitely preserved structures like cross beds, mud cracks and raindrop imprints. Look for them on the Flint Creek Hill road between Philipsburg and Georgetown Reservoir.

Deposition in the Belt Basin ended around 1.4 billion years ago and the area was uplifted and eroded again. At lease 1.35 billion years of erosion left much of southwest Montana a featureless plain by a half a billion years ago. Sea level rose across this surface, submerging it under tropical ocean water as the paleo-Pacific Ocean began to form. The first deposits were beach sands, deposited over the old erosional surface, creating a gap or unconformity in the rock record in some places of 2.8 billion years! This huge gap in the geologic record is called the “Great Unconformity” and can be accessed directly east of Melrose on the Camp Creek Road. The tropical water that flooded the continent exploded with animal and plant life, including most of the modern groups of marine organisms we see today. The seas went in and the seas went out, depositing sediment made from sand-sized bits of eroded rock and shells of animals and plants that lived in the water. Fossils of these tropical marine animals can be collected in the rocks around Clark Canyon Reservoir south of Dillon. By around 250 million years ago, the continents were assembling into a supercontinent called Pangea, and in southwest Montana seas persisted at times and at other times the land was exposed and occupied by vascular plants, amphibians, reptiles and early mammal-like animals. Their remains are rare, since preservation is much harder in the harsh environments on land.

About this same time, 96% of all marine species and 70% of all land species were exterminated. The Great Dying, as it is called, may have been caused by massive volcanic eruptions in Siberia, a meteorite impact, global warming, changes in ocean chemistry or all of the above. The extinction boundary is not preserved in southwest Montana, but the return of many oceanic creatures is recorded in limestone deposited across the area around 15 million years after the Great Dying. Fossils of coiled squids, clam-like brachiopods and snails can be found south of Dillon on the west side of Interstate 15 at Dalys Spur.

By the Jurassic Period, around 180 million years ago, the shallow seas gave way to volcanoes that formed when the Pacific Ocean floor was pushed and pulled under the North America continent. All the older rocks were folded and shoved eastward, while dinosaurs flourished along streams draining mountains in western Montana into an interior seaway to the east. Fossils of juvenile sauropods (Little Foot!) have recently been excavated from the Jurassic Morrison Formation along the Big Hole River north of Dillon. Where magma fed volcanoes, it came into contact with sedimentary rocks at depth and saturated them with metal-rich fluids. Metals like copper, silver and gold accumulated in the rocks they intruded in enough quantity to spark widespread mineral extraction throughout Montana starting in the early 1860s.

After a short hiatus, volcanism returned to southwest Montana around 50 million years ago, depositing ash, debris flow and lava flows from large stratovolcanoes similar to Mt. St. Helens in Washington State today over a widespread region. This is unusual, since most subduction volcanoes are aligned parallel to the subduction zone, like in the Cascades of northern California, Oregon and Washington State. The cause of this widespread region of volcanism is uncertain, but it is likely due to continued subduction of the Pacific Ocean floor at a very shallow angle below Montana. Around this same time, the subduction zone began migrating west, leaving the previously thickened pile of compressed rock in Montana to fall apart, much like a bulldozer backing off of a pile of dirt. This process opened up large, extensional basins that record the early formation of the Big Hole and Deerlodge valleys. These valleys filled with thousands of feet of stream and lake sediments that buried and preserved the fossils of many species of insects, plants and mammals, like camels, horses and rhinos.

Around 17 million years ago, basin and range topography began forming as plate extension throughout the intermountain west pulled the crust apart. Mountains like the Tobacco Root, Ruby, Pioneer, northern Beaverhead, and their adjacent valleys began forming at this time. Some of these mountains are youngsters, having formed as recently as four million years ago, like the Sweetwater, Blacktail, Tendoy, and southern Beaverhead. As plate movement brought us closer to the Yellowstone hot spot, thermal doming and crustal stretching created a new landscape. Deposits from the ancestral Missouri River were uplifted with the new mountains, while rivers like the Red Rock flowed down newly formed valleys and the Beaverhead River cut a canyon across the rising Blacktail Mountains south of Dillon. These mountains are still rising as shown by the 1959 Hebgen Lake Earthquake, which at a magnitude 7.5 on the Richter Scale is the largest recorded earthquake in the Rocky Mountain region.

lGlaciers sculpted the mountains and humans hunted Columbian mammoths as recently as 12,000 years ago. Jagged peaks and high alpine lakes in the Pioneer, Anaconda-Pintler and Beaverhead mountains attest to the power of glacial ice to modify the landscape. Lewis and Clark passed through the area in the summer of 1805, making maps and documenting the colder and wetter climate of the Little Ice Age. The first non-native people arrived in mass in the 1860s, establishing mining camps, ranches and settlements we still occupy. Today, the geology of southwest Montana is so diverse, accessible and spectacularly well exposed that it draws as many as 30 geology field camps from around the globe each summer to the area, many staying on the campus of the University of Montana Western. These camps are a crucially important source of renewable revenue for local communities and attest to the economic importance of our public lands. 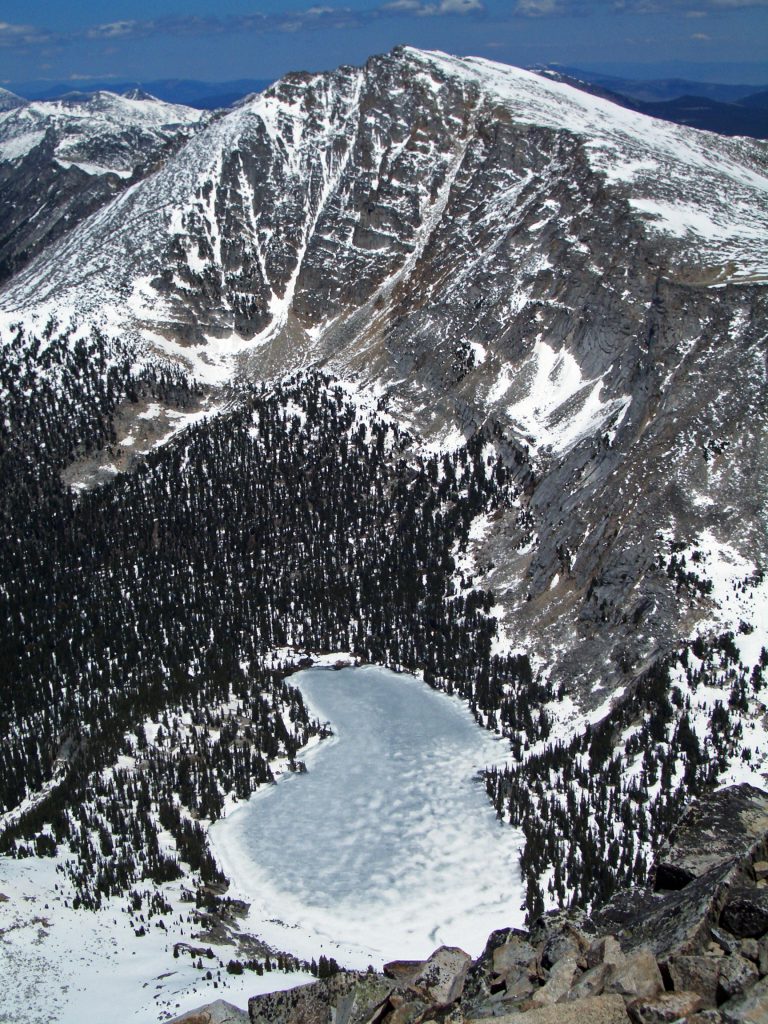 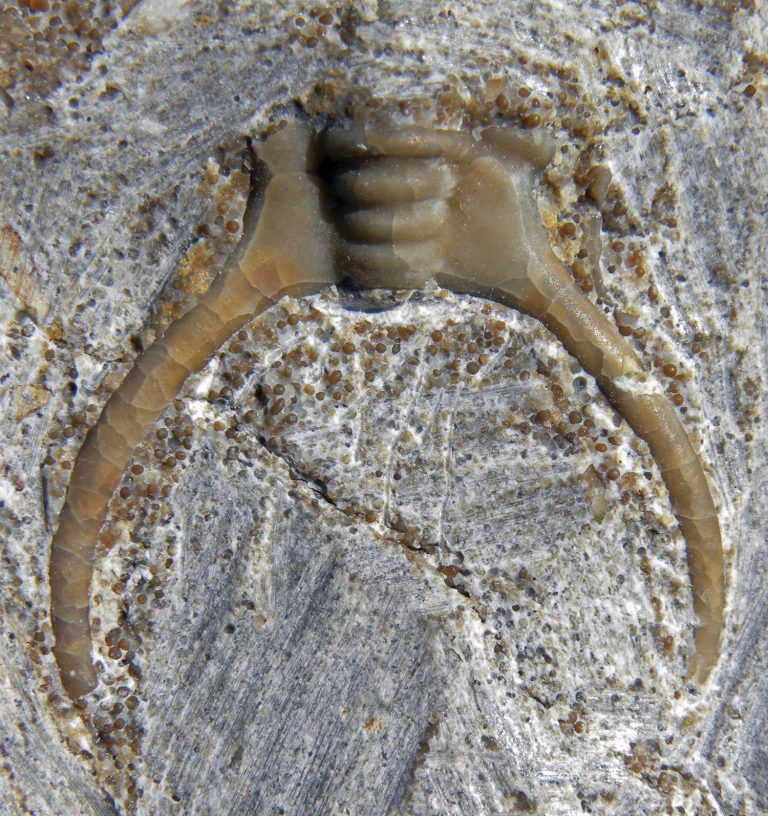 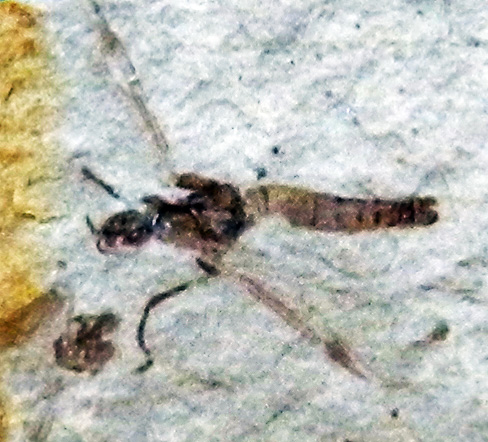 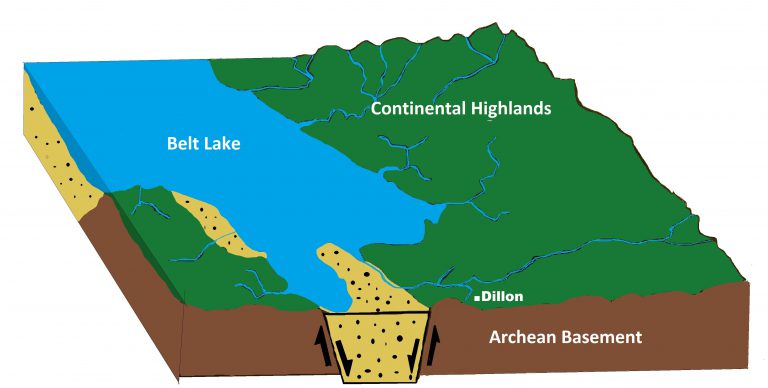 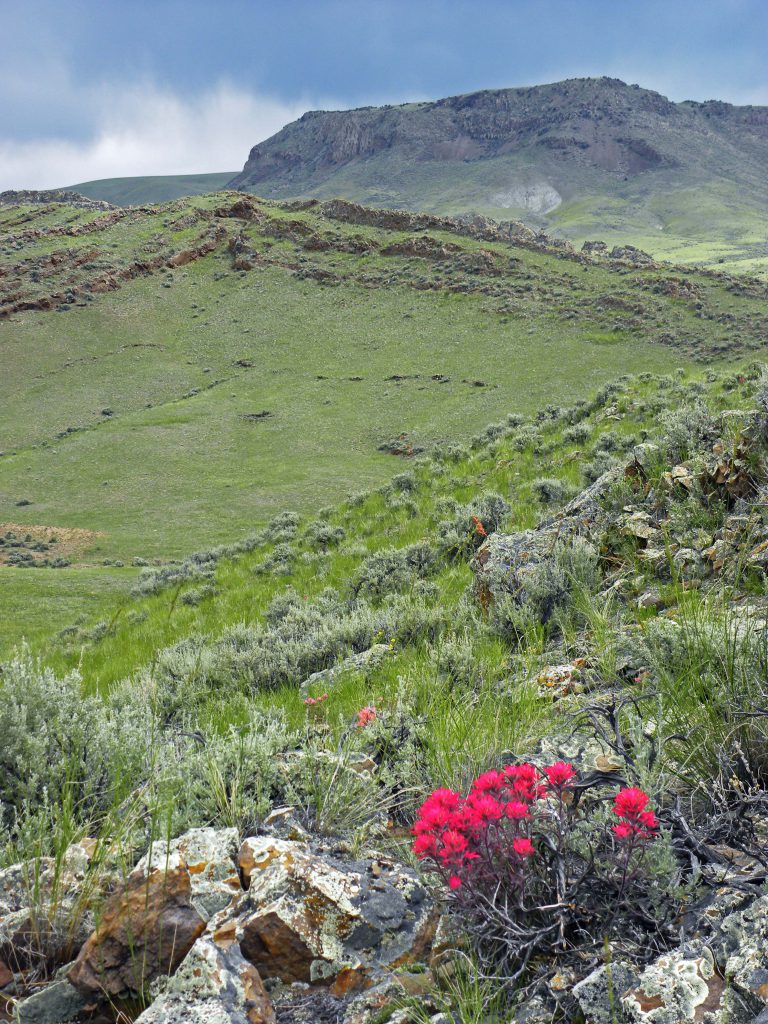 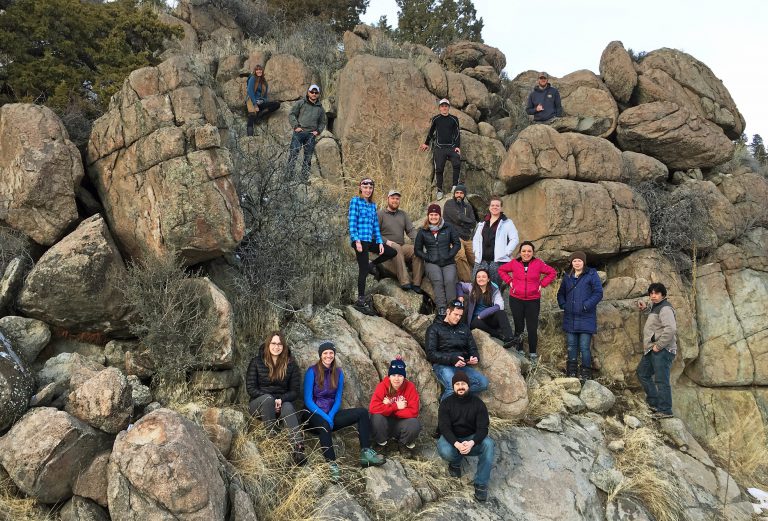