The sun-bleached frames of countless tipis lie scattered across the landscape of a broad river bottom valley high in Southwest Montana’s Beaverhead Mountains. The winding Big Hole River and quiet beauty of the site attract both picnickers and anglers, however, the primary draw of the park is the history. 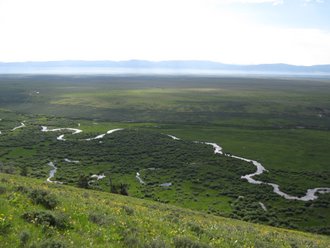 The area, operated by the National Park Service, commemorates the 1877 Big Hole Battle, which was fought at the site between the U.S. Army and the Nez Perce tribe. In 1877 the U.S. government attempted to force the Nez Perce nation onto a reservation in western Idaho.  A band of Nez Perce, led by legendary tribal chiefs including Chief Joseph, Ollokot, and Looking Glass, defied the U.S. Army and fled east over the Bitteroot Mountains into Montana.  They camped along the Big Hole River.  On August 9, Colonel John Gibbon, with around two hundred men, attacked the camp.  The battle ended in a stalemate, with Gibbon suffering twenty nine dead and thirty wounded, and the Nez Perce losing nearly ninety, less than a third of whom were warriors. Escaping during the night, the Nez Perce fled through Southwest Montana and Yellowstone National Par before turning north toward Canada. Throughout the flight, the two hundred Nez Perce warriors held off nearly two thousand pursuing troops.  Finally, two months after the Battle of the Big Hole, and less than fifty miles from the Canadian border, an exhausted Chief Joseph surrendered to the U.S. Calvary, declaring, “My heart is sick and sad.  From where the sun now stands, I will fight no more.” Today the flight of the Nez Perce is a key moment in western history, both because of the injustice toward the Indians, and because of the resilance of the Nez Perce tribe. Chief Joseph himself has gone down as a legendary and much honored figure in the west. 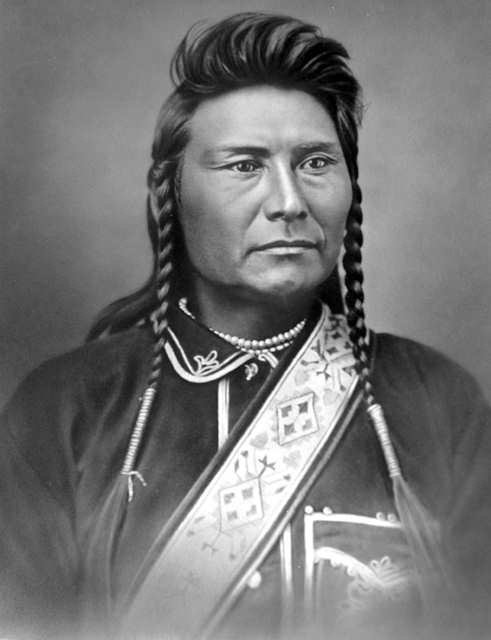 Although the Big Hole Battlefield doesn’t have overnight camping facilities, there are a number of campsites nearby, and the Battlefield would make an excellent addition to a trip to the scenic Big Hole Valley. In addition, the Big Hole Battlefield is actually part of the much larger Nez Perce Historical Park, which is a series of 38 sites scattered along the Nez Perce Trail in Oregon, Washington, Idaho, and Montana. Following the entire trail would make an excellent longer summer excursion.