Bannack. The once-bright star of Montana, now a ruin. A town in arrested decay. The sun glints blindly off of the few remaining storefronts, stores with neither wares nor customers. The saloons do not hum with music, mule trains no longer clog main street, and the town’s five thousand plus residents no longer throng the boardwalks with the promise of gold glittering in their eyes.

Ghosts walk the streets of Bannack. 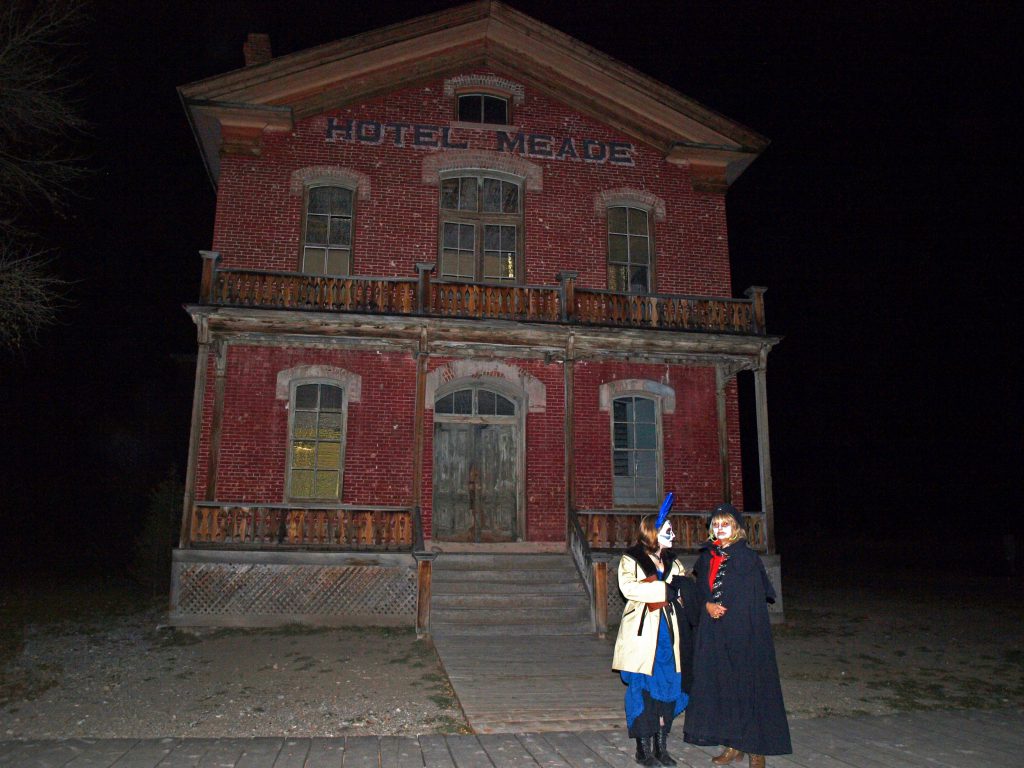 At least they do during at the end of October when Bannack State Park hosts its annual ghost tours. In fact, even in the autumn chill, Bannack is one of the liveliest of Montana’s many ghost towns. It is fitting that more than a century and a half after the town’s boom and almost immediate decline, it is still one of the most vibrant tourist attractions in Southwest Montana.

The town was founded in 1862 when a group of “Pikes Peakers” from the gold fields of Colorado set up camp on the banks of the grasshopper infested creek they creatively dubbed “Grasshopper Creek.” Finding gold, the miners staked claims and promptly failed to keep the find a secret. By fall, the settlement had swollen to four hundred, many of them unprepared and ill-equipped for the harsh mountain winter.  The town fathers christened the town “Bannack” after the Bannock Indians that lived in the region, and by the spring of 1863, the area boasted a population of five thousand. 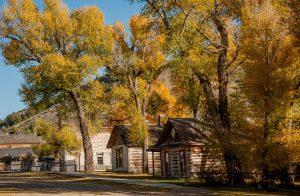 The town’s early history makes excellent fodder for ghost walks, with all of the lascivious scandals appropriate to a mining town. In its rather brief heyday, Bannack was inundated with prostitutes, shootouts, hanged men, and, of course, the notorious sheriff and (possibly) outlaw Henry Plummer, whose vast gang terrorized and robbed Southwest Montana for nearly a year before region leaders banded together, formed the Vigilance Committee, and did their own bit of terrorizing, hanging Plummer and twenty-one other potential bandits. 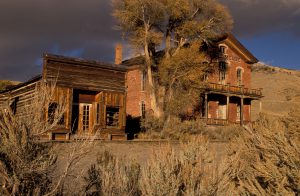 By 1864, Bannack had started to fade, losing importance first to Virginia City, and then to Helena. But, the flash-in-a-pan nature of Bannack’s history is part of its charm. Unlike Virginia City and Helena, where remnants of the past exist alongside the present, Bannack is all past. State Park officials keep Bannack in a state of carefully preserved dilapidation. The empty buildings and weathered wood are not the Bannack that Henry Plummer would have experienced, but the town is not dead. It is filled with life by the tourists, visitors, and the people who work to keep its spirit alive. Eventually, most ghost towns crumble, until bits of foundation here and there are all that remain. Ghost-like, Bannack lives on.