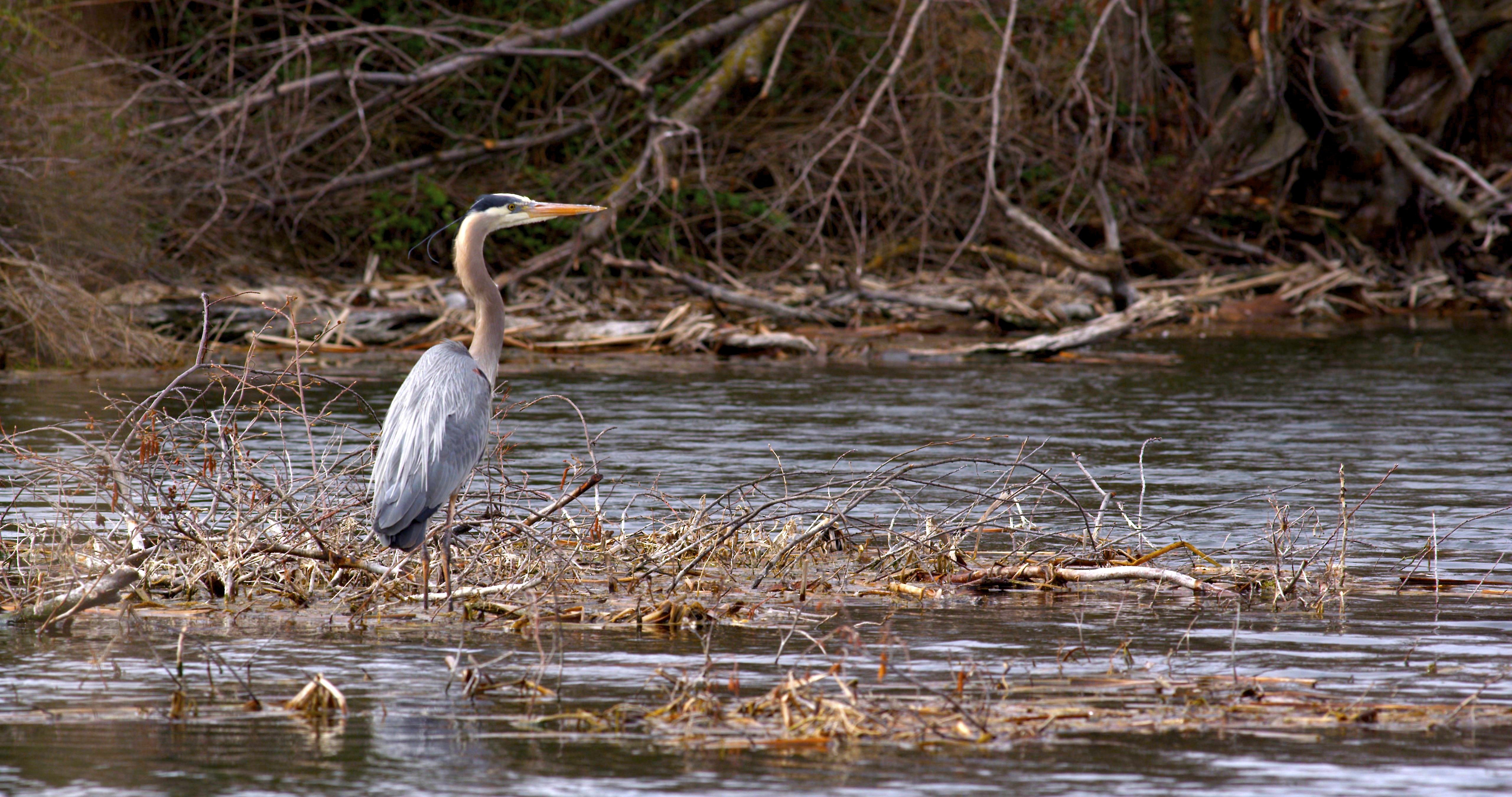 As Montana is home to some of the most famous mammals in North America, it can be easy to overlook the birds. But that would be a mistake, because Montana has safari-level birdwatching opportunities, and for some reason, the really amazing birds (eagles, vultures, swans, cranes, etc.) are way easier to find than the famous mammals.

Today I’m thinking in particular of the Great Blue Heron. The four-foot tall shimmering gray-blue bird is one of the most impressive sights Montana has to offer, and the river-bottoms and marsh-lands of Southwest Montana are the perfect places look for the bird.

Blue Herons live in Southwest Montana year-round, wading on the shores of rivers and lakes, hunting fish with their spear-sharp beaks and lightning reflexes. In general they hunt fish, frogs, and the occasional small rodent, and use their long legs to wade deeper into the water than other birds can. If you spot one hunting it will probably be alone, but they live in large colonies called heronries. Somewhat surprisingly for such a massive creature, they frequently nest high in trees, their

giant stick nests clinging precariously to the branches. Although various sorts of creatures will eat the eggs and fledglings, adult herons don’t have many natural predators, and can be vicious when provoked—they’ve been known to kill eagles with their beaks.