No doubt many people are getting ready for long trips to visit relatives this Thanksgiving, so here’s a story about Brother Van, one of Montana’s most famous travelers. 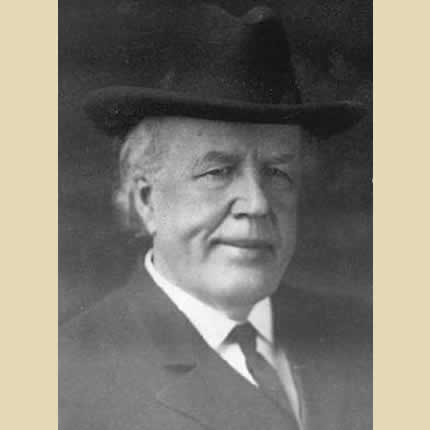 As an itinerant Methodist preacher during the nineteenth and twentieth centuries, William Wesley Van Orsdel probably logged more miles crisscrossing the state than anyone else in history. He arrived in Fort Benton, Montana around 1874 and instantly charmed the rough and brawling saloon crowd of the port city. His honesty, enthusiasm, and straight-forward manner quickly earned him the nickname “Brother Van.” He seems to have been welcomed where ever he went, from the seedy saloons of the mining camps to the villages on Montana’s Indian reservations. As an energetic circuit preacher, he got himself into more than a few scrapes. Legends surround the roving pastor, most of them at least partly true.

According to a tale re-told by Fort Benton historian Ken Robinson, Brother Van was in Yellowstone with a group of tourists when a lone gunman held them up. When the gunman demanded Brother Van turn out his pockets, the missionary replied “You wouldn’t rob a poor Methodist preacher, would you?”

“Are you a Methodist preacher?” the bandit asked.

After a few moments’ pause, the robber announced, “You can lower your hands; I am a Methodist preacher myself.”

In another story, told at the Montana Cowboy Hall of Fame, Brother Van was riding a train when it was boarded by Kid Curry, a notorious Montana outlaw. Apparently, when Kid Curry learned that his victim was Brother Van, the robber pulled five dollars out of his hat and gave it to the preacher. 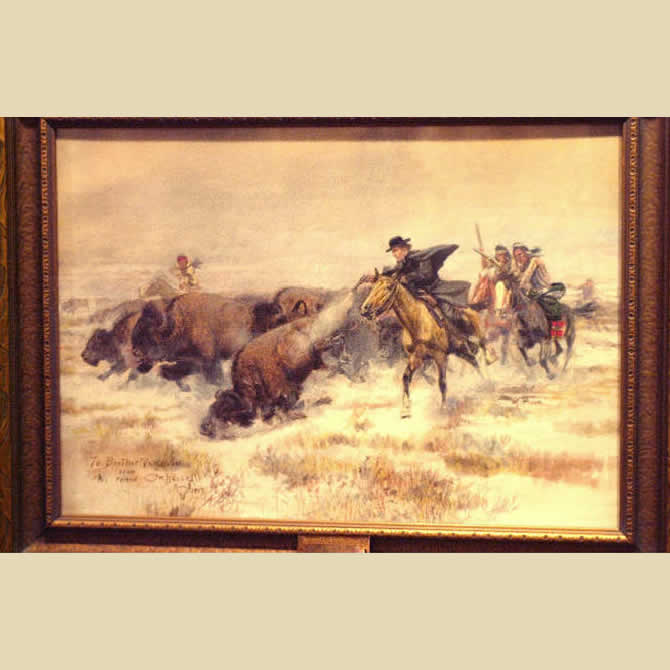 Things didn’t always go so smoothly for Brother Van. Once, in a story recounted by historian Myron J. Fodge in Montana: The Magazine of Western History, Brother Van walked into the town of Radersburg, near Townsend Montana.  The townspeople accused him of being a horse thief, and wouldn’t believe him when he denied it. In desperation, he climbed up on a wagon and began singing hymns. Although not an especially talented musician, Bother Van was famous for captivating people with his singing. He sang hymn after hymn until finally the people of Radersburg relented and let him go free.

Brother Van loved to recount this tale. “I once saved a man’s live with my singing,” he would boast. When enthralled listeners demanded, “Whose?” Brother Van would chortle “Mine!”
Photos are Courtesy of the Great Falls Tribune
Photo 1 is of Brother Van
Photo 2 is of “Brother Van Hunting Buffalo” by C.M. Russell, 1909