Paranormal encounters seem to be common throughout Southwest Montana. The region’s colorful history, one of immense fortune and infamous characters has lent itself to becoming a hot spot of activity.

Southwest Montana boasts a rich mining history. Hundreds of thousands came to the area as gold was discovered. While miners came to Butte in search of gold, it was the copper that kept the town alive. Butte came to be known as the Richest Hill on Earth, a moniker given for the immense amount of ore that has been extracted. The neighboring community of Anaconda came to be known as the Smelter City under the leadership of Marcus Daly. 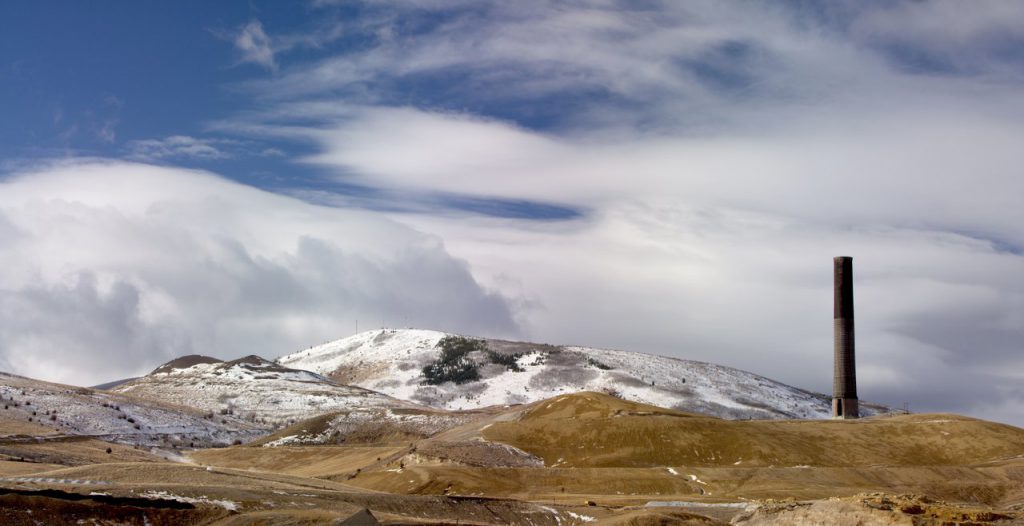 It’s no wonder given the illicit activities of the mining west that some may linger in the area far past their death.

The Travel Channel’s new show The Ghost Town Terror explores the haunting of Gunslinger Gulch, an 1800s ghost town and guest ranch located not 10 minutes from downtown Anaconda. This six part series airs on Fridays on the Travel Channel and is available on DiscoveryPlus.

Gunslinger Gulch is a 1800s era ghost town turned guest ranch. Nearly three years ago, Karen Broussard and her three children bought Gunslinger Gulch, a 52-acre property with 19 buildings in the Anaconda valley. The buildings had been collected by a previous owner and brought to the property to create what can be considered a “building zoo.” The property features an old church (where the family lives), a saloon & brothel, a boarding house, a round cord cabin, jailhouse, log cabin, and more. 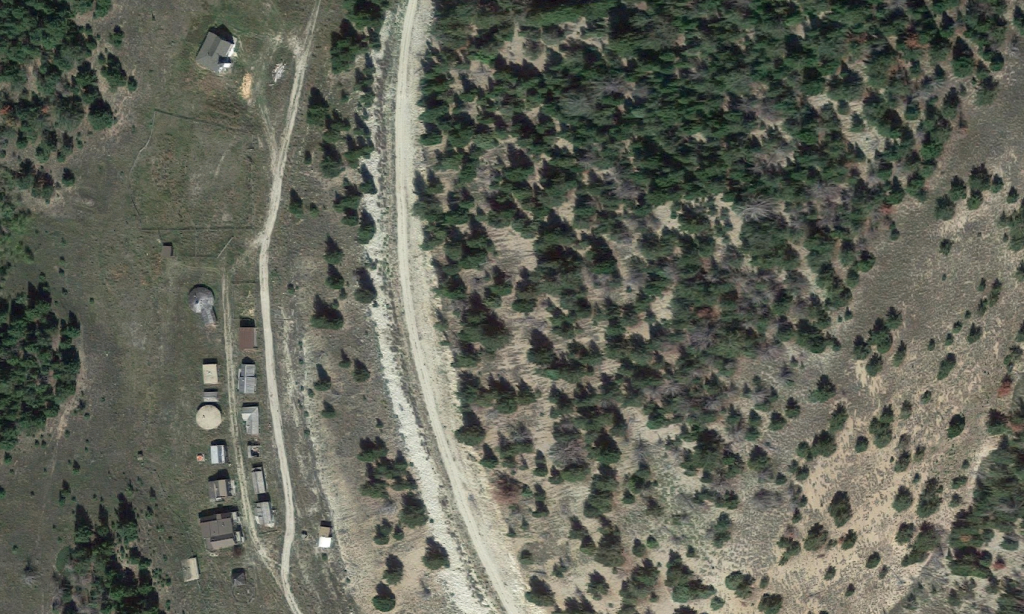 The guest ranch offers onsite activities like horseback riding, mountain biking and archery. In addition, the family has begun offering birthday party packages for locals as well as murder mystery themed weekends! The property has a variety of lodging, allowing visitors to step back in time and unplug from their daily commitments. Both small and large groups can be accommodated and the ranch is open year round.

In a review of the property, Rob L. offers “I absolutely love this place and the folks who run it are just wonderful people. We would highly recommend this little piece of history to anyone.”

It wasn’t long after the Broussard’s moved to Anaconda from the Seattle area that unexplainable things began to happen. Throughout the property, the family would hear voices, footsteps and meowing in addition to seeing full apparitions. As the energy continued to get stronger, Karen reached out to Tim Wood on a paranormal forum to get the ball rolling on answering her questions.

Karen’s inquiries and the amount of activity lent themselves perfectly to a new series on the Travel Channel called The Ghost Town Terror.

Tim Wood, paranormal investigator, and Sapphire Sandalo, paranormal researcher, team up to explore Gunslinger Gulch and get answers for the Broussard’s. The first question they set out to answer is whether the property, the buildings or the family is haunted. In episode one you get to know the family and a little about the property as Wood and Sandalo begin their paranormal investigation. The show goes beyond their personal experience as they set out to learn more about the property, who has lived there before, and the different structures that were moved on site.

The strong activity is evident from the beginning and as the season progresses the team expands to include Sarah Lemos, psychic medium, and Scott Di Lalla, paranormal investigator.

The family is now considering offering professionally led paranormal investigations on property. The first, scheduled for April 1, has filled up, but given the high demand there are sure to be additional opportunities! Cross Country Paranormal will be leading this investigation.

Interested in watching The Ghost Town Terror? You can watch episode 1, 2 and 3 now on Discovery Plus. Episode 4 airs on April 1, 2022.

An Unexpected Connection – The Dumas Brothel

In episode three the investigation leads the team to the Dumas Brothel in Butte. The brothel operated in Butte’s red light district from 1890 to 1982, making it one of the longest continually operating brothels in the United States. Over the years, many paranormal investigators have explored the Dumas with countless reports of encounters and activity. Historian Ellen Baumler has written extensively about the Dumas Brothel, the significance of the business in Butte and the lingering spirits that call the Dumas home. You can read more about the Dumas here in one of our Southwest Montana ghost stories which was adapted from the writings of Baumler.

Check out the trailer:

Does the Church Look Familiar?

Gunslinger Gulch (under different ownership at the time) was used in the creation of Ubisoft’s popular Far Cry 5. With the release of the popular game set in fictional Hope County, Montana, Ubisoft North America released a “Full Live Action Short Film” titled Far Cry 5: Inside Eden’s Gate. The film runs 31 minutes, and at about 12:30 in the film you can see the church found on this property. 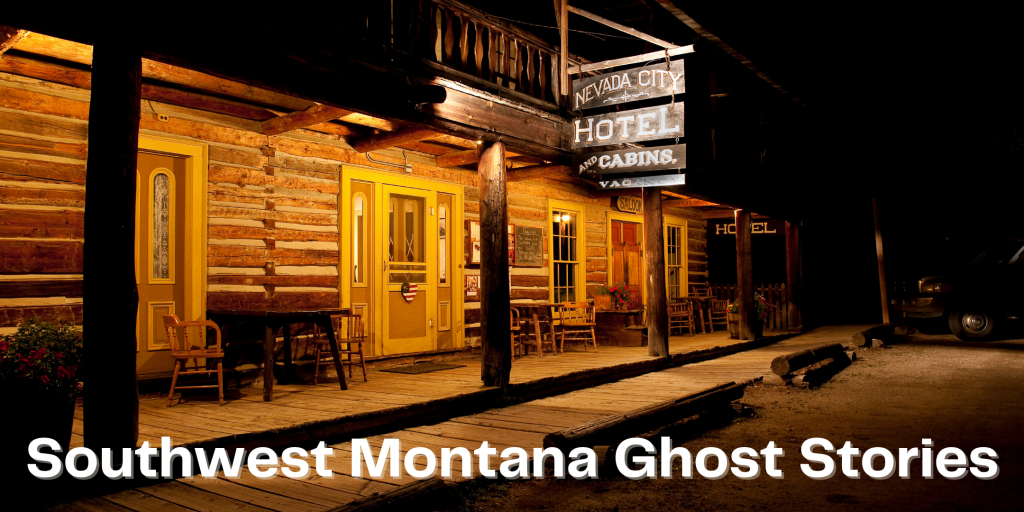 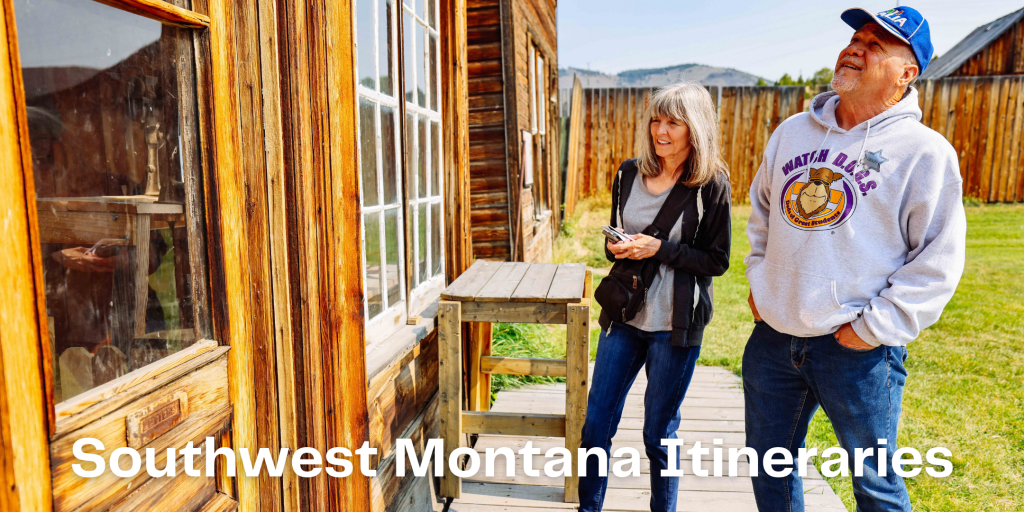