Is That a Giant Lady? 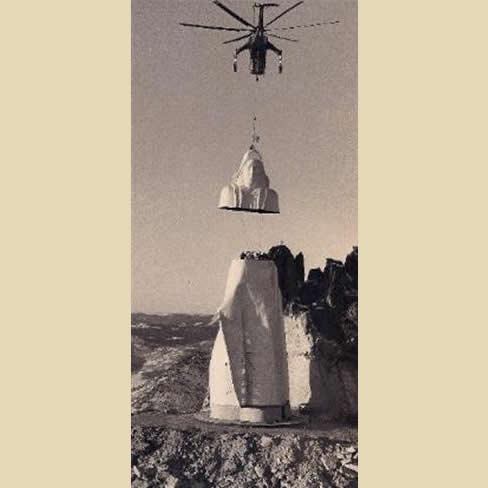 “Is that…is there…is there a giant lady on the top of that mountain?”

Yes, yes there is. 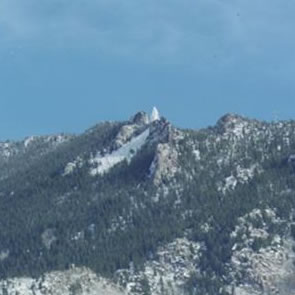 Our Lady of the Rockies is indeed a giant concrete Lady. At 90 feet tall, she is the third tallest statue in the U.S. Only the Statue of Liberty, and the Pegasus and Dragon (in Hallendale Beach, FL) are taller. In 1979, welder Bill O’Bill’s (honestly, that’s his name) wife was ill with cancer, and he made a vow to the Virgin Mary that he would build a five foot high statue of her in his yard. The vision spiraled out of hand quickly. What had been a small personal act of devotion turned into a massive enterprise that engulfed the city. It came at just the right moment too. Butte’s mining industry had been foundering for some time, and by the time the Berkley Pit officially closed in 1982, the city was in a major recession. Building a massive concrete statue on of an absurdly inaccessible peak on top of the Continental Divide was just the sort of project that Butte needed. They built the statue in chucks in Butte. In September of 1985, they poured the foundation, and Montana’s senators managed to wrangle the use of an Army National Guard CH-54 Tarhe helicopter to airlift the chunks into place. Her head was finally attached on December 17, 1985. 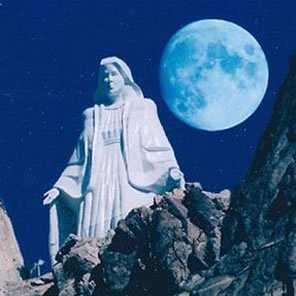 Our Lady of the Rockies is “entirely non-denominational” and “dedicated to women everywhere, and especially mothers,” but I think that it is worth noting that Butte is famously Irish-Catholic. I can’t quite imagine a town full of Scotch Presbyterians or German Lutherans building a similar monument…It is such a wonderfully Butte story, I can’t imagine it happening anywhere else.