The name speakeasy hails from the prohibition era of the early 20th century. On January 16, 1919 the 18th Amendment was ratified and would go into effect in January of 1920. The 18th Amendment of course being the Prohibition of Alcohol. Check out our article on Prohibition in Southwest Montana. While the sale, manufacturing and distribution of alcohol was illegal, this did not stop people from imbibing; they just had to find a way to do it in secrecy. The term speakeasy came from the bartenders’ request of patrons to “speak easy,” or quietly, while inside the bars as not to draw unwanted attention to the establishment.

Over the past decade, we’ve seen a resurgence of speakeasies (prohibition style establishments) at the same time that the craft beer scene has taken off. This is clear with the newest Southwest Montana brewery.

Behind a bookcase in Helena, Montana you will find Speakeasy Forty One Brewing Co. 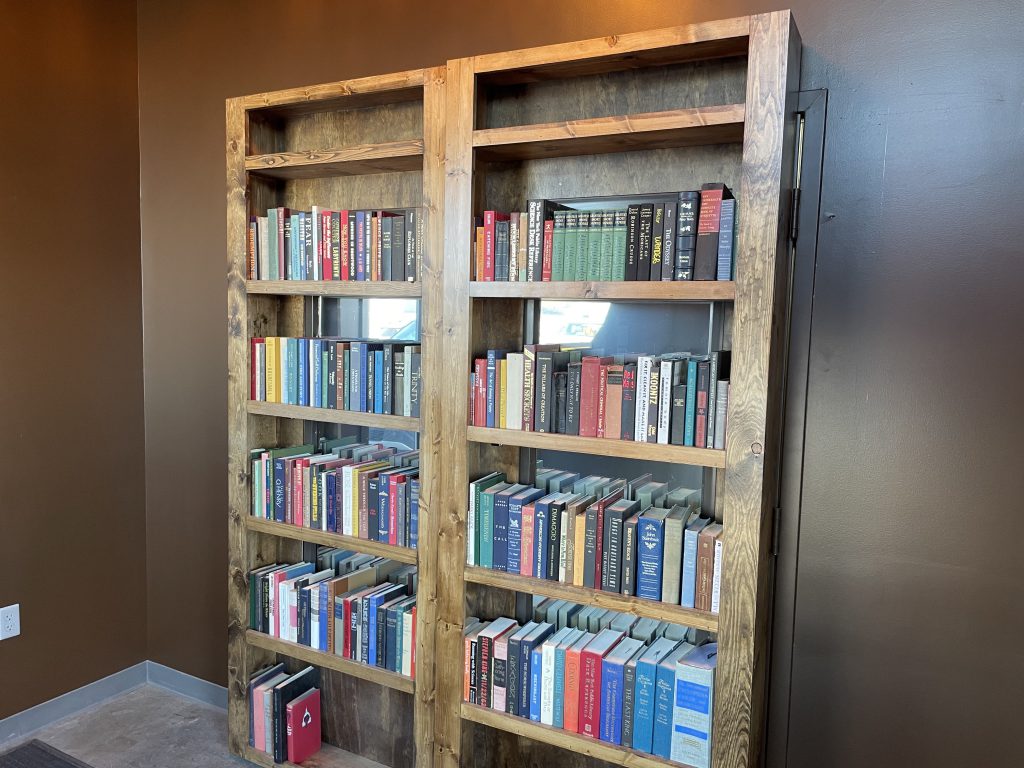 As you pass through the bookcase, you’ll be transported into the roaring 20s and be met with a wonderfully memorable experience. You can settle down at the beautifully themed bar, grab a seat at a vintage style barrel table with friends or enjoy the cozy fireplace. As part of the décor, they included a projector and screen to play black and white films on occasion.

The brewery has between 10 and 15 beers on tap in addition to their White Lightning Seltzer. In addition to these alcoholic beverages, the brewery also offers sodas, Arnold palmers, and four varieties of non-alcoholic beers. With such a robust menu, there is no doubt that there is something for everyone. 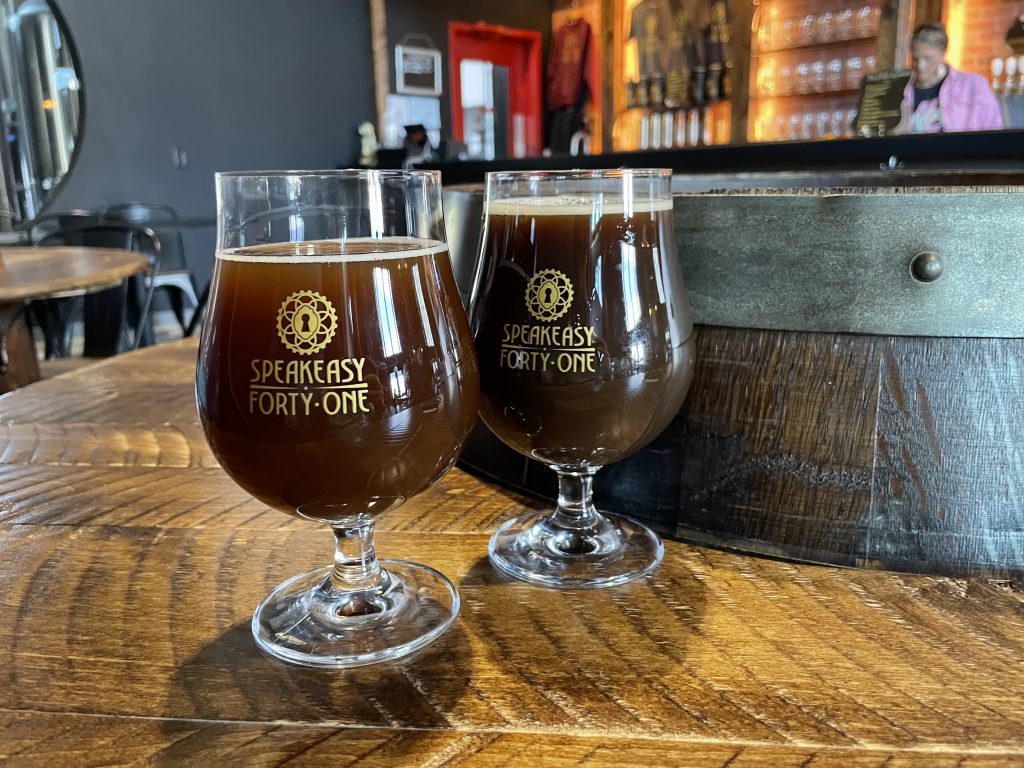 We went for a pair of winter beers, the Stout and the Root Beer Porter both of which we will be back for – we even took a 32oz growler as we left! It was the seltzer though that really caught our attention. Instead of a traditional flavored seltzer, or even something closer to Lewis & Clark Brewery’s Hoppy Seltzer, Speakeasy Forty One has created an unflavored seltzer that allows patrons to get crafty with their flavor selection right there at the bar! You can choose from raspberry, blueberry, peach, pineapple, coconut, pina colada, strawberry rhubarb, tangerine, blood orange or mango. 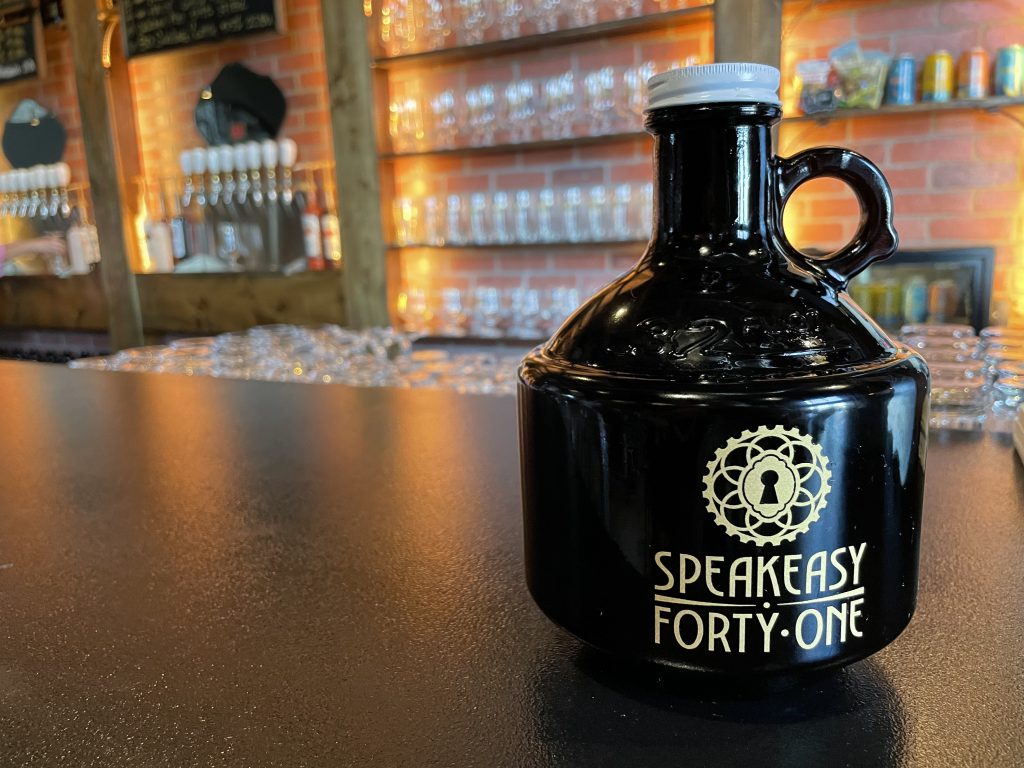 The brewery was opened by the trio responsible for the popular Missouri River Brewing Co, located in East Helena, Montana. Both breweries are known for their innovation, and while there may be a little crossover, the breweries are definitely seen as separate. The new Speakeasy Forty One Brewery took over the old Snowhop brewery which focused on its modern aesthetic. In an interview for the Helena IR, Adam Hutchinson (co-owner) said “it was a big challenge dealing with the fact that it was designed to be modern” but that “we wanted to make this space our own. It has its own décor, it has a prohibition theme.” 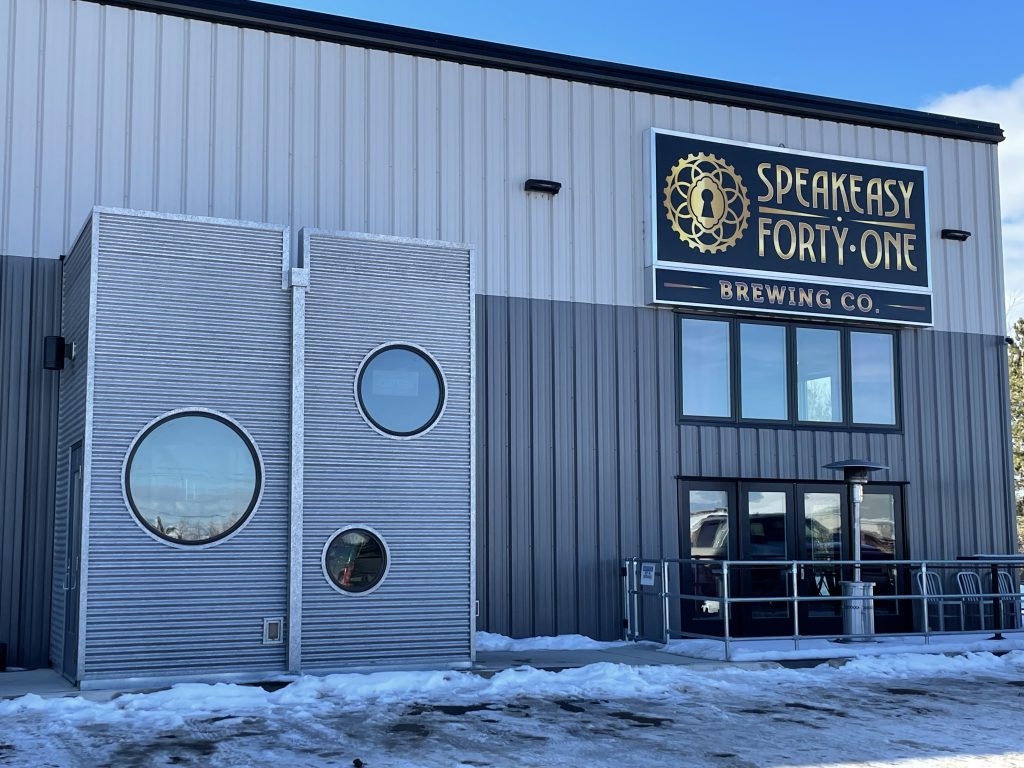 The brewery shared its grand opening with neighboring restaurant Conforto Ristorante. With no plans for food, Speakeasy Forty One plans to always welcome outside food and is looking forward to fostering a close relationship with the Italian restaurant.

The location of the brewery makes this the perfect neighborhood brewery and is just a little off the beaten path for visitors looking to have an authentic community experience! 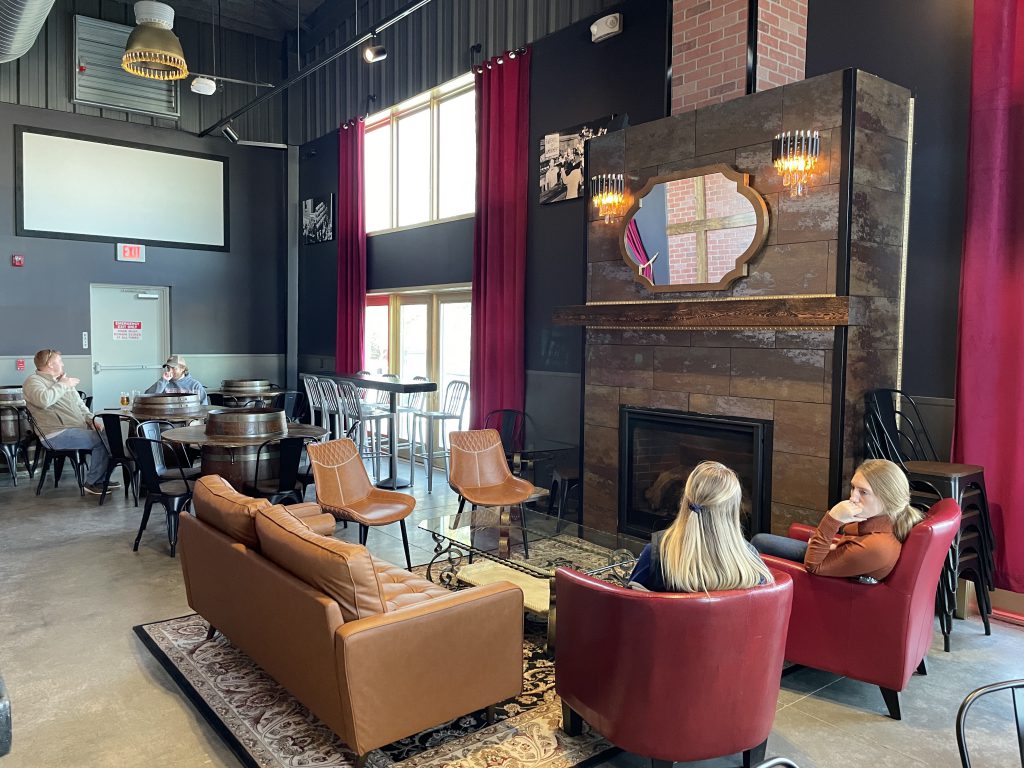 Have you had a chance to visit this unique Helena brewery? We’d love to hear about your experiences in the comments 🙂