Montana is the crown jewel of outdoor recreation. Our wide-open spaces lend themselves to spending every waking moment in nature, mountains tower over head, the sky is so large it seems to engulf the entire landscape, and there is a scenic overlook at nearly every turn. And yet, amidst all of the access to the outdoors, the communities of Southwest Montana are home to little known treasures.

One such treasure is the Great Northern Carousel in Helena, Montana. You might be thinking … “a carousel? Really, what could be so special about something as common as a carousel?” But this is where you would be wrong. This carousel was designed specifically for the Helena community with the intent of offering patrons (locals and visitors alike) a distinctly Montana experience.

Let’s take a look at this unique treasure and provide you with some interesting tidbits for your next Southwest Montana Adventure!

Alan Nicholson, the visionary behind Helena’s Great Northern Town Center, loved carousels since he was a boy and as the development progressed, he knew he wanted to bring this childhood dream to life. The Great Northern Carousel first opened its doors in 2002 and has provided families with unbeatable memories ever since!

On a 2010 visit, the National Carousel Association said that this is the finest carousel in the nation, if not one of the finest in the world. A simple treasure that found its home in Montana’s Capital City.

So, what makes this Carousel so special?

The Carousel features 37 beautifully hand-crafted animals with an emphasis on species native to Montana. That’s right, you won’t find your traditional carousel of 30+ horses, but an array of Montana’s watchable wildlife! Some favorites include: a Big Horn Sheep, Buffalo, Cutthroat Trout, Otter, Bobcat, Grizzly Bear, and Mountain Goat.

Who is behind the beautiful sculptures found on the carousel?

Ed Roth is one of the most prolific wood carvers in the trade. He is known for a variety of work across the world, including carving all of the custom figures and trim for the Disney Tokyo Caravan Carousel in 1999. This was not his only project with Disney Imagineering, and you can find his designs in both Tokyo Disney and Hong Kong Disney. He now runs A&E Sculpting and Paint Studio based in Los Alamitos, California.

Fun Fact: One of the figures you’ll find at the Great Northern Carousel is the “leaping wolf.” This figure is 6 ½ feet long and weighs 105 pounds!

While Roth was the carver of these unique figures, another carousel guru, Bette Largent, had the chance to hand paint each of the animals. Bette is most well-known for restoring and caring for the 1909 Looff Carousel in Spokane, Washington. She also served as the president of the National Carousel Association from 2004 to 2017. Carousels hold a special place in Largent’s heart, and when asked which of the figures she has painted was her favorite, she always replies “the one I am working on at this very moment. Every horse or animal must receive 100% of my attention in order for it to be the best it can be.”

If this isn’t enough, the artwork is given a local flare by Helena artist Mary Harris (of Harris Art Glass). She created the glass-fired Helena scenes which are depicted on the carousel rounding boards and the transom windows.

Last but not least, Todd Goings of Ohio built the machine at the heart of Helena’s Carousel. His company, Carousel Works is one of only a few in the country who repair these machines that spin 60,000 pounds with a 10-horsepower motor, a machine that if properly tended to should function for over 100 years.

Housed with the Carousel is the Painted Pony Ice Cream Parlor offering 24 flavors of the Montana renowned Wilcoxson’s Ice Cream. You’ll find everything from Bubble Gum and Stuck in a Rut to Moose Tracks and Chocolate Runs Through It. 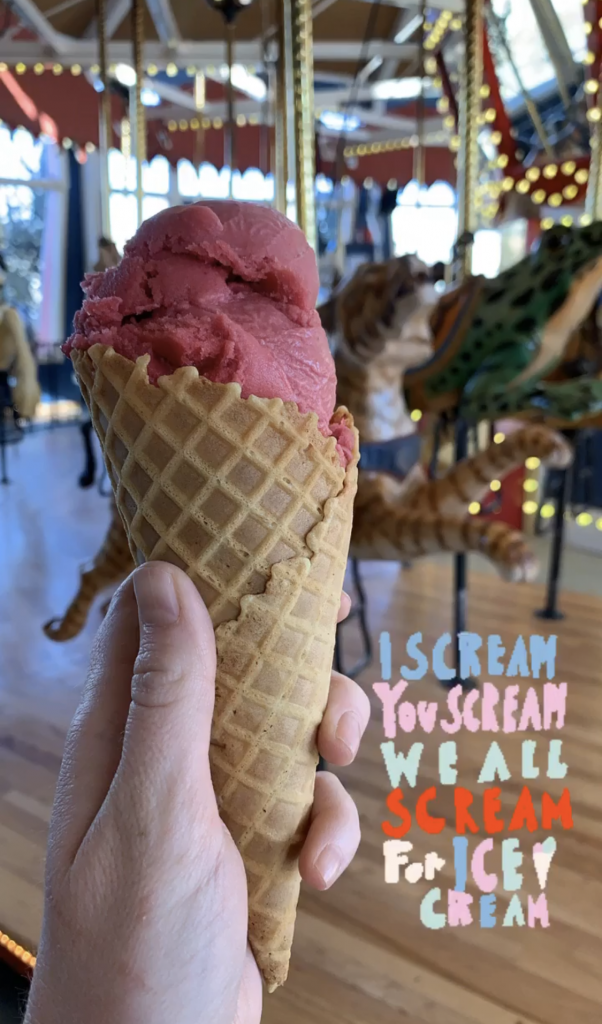 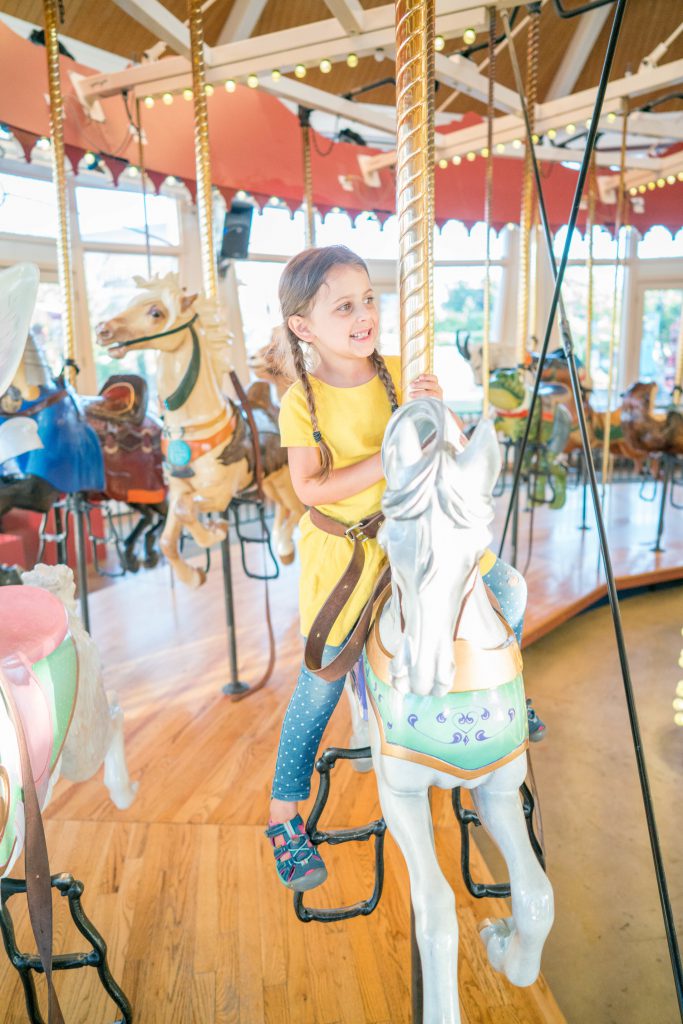 If you are looking for a distinctly Montana family outing, you may have just found the perfect adventure at the Great Northern Carousel.