Until a time machine is invented somewhere other than a Hollywood studio, history will be relegated to memories of the dead and books of the living. There are, however, places where the past lurks just beneath the surface of real time. The Southwest Montana sibling ghost towns of Virginia City and Nevada City — homes to one of the richest placer gold strikes in North America as well as one of the most notorious vigilante groups on the frontier — are two such places. 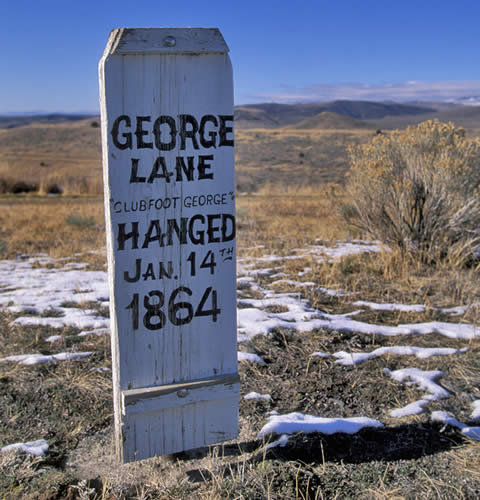 After a group of down-on-their-luck miners camped by a nondescript creek in 1863 and panned the first nuggets of a deposit that in the first three months extracted $30 million in gold (estimated present-day value: 610 million dollars), the population of Alder Gulch, anchored by Virginia City and Nevada City, swelled to 10,000. At the south end of the gulch, Virginia City was named capital of the Montana Territory in 1865 and for a decade or so the two cities were boomtowns of the highest order.

Painstakingly preserved and restored in the mid-20th century by Charlie Bovey, an heir to the General Mills fortune, visitors to Virginia City and Nevada City today can walk the same boardwalks trod by fortune seekers more than 150 years ago. You can enter the same stores and saloons frequented by rowdy miners. And even stand at the gravestones of the infamous marauding robbers called “road agents” hanged at the hands of a group of citizens who, frustrated by a lack of local law enforcement, formed the Montana Vigilantes.

You can also keep the car parked and hop aboard the Alder Gulch Shortline for a 1.5-mile scenic train ride between the two cities or choose to adventure farther afield on the Alder Gulch Summit Tour for a 90-minute interpretive ride through the heart of gold country on Montana’s largest off-road tour truck. The history and views won’t disappoint — and a modern-day reenactment of the Alder Gulch Bread Riots is easily avoided with myriad restaurant options.