The Guardian of the Gulch 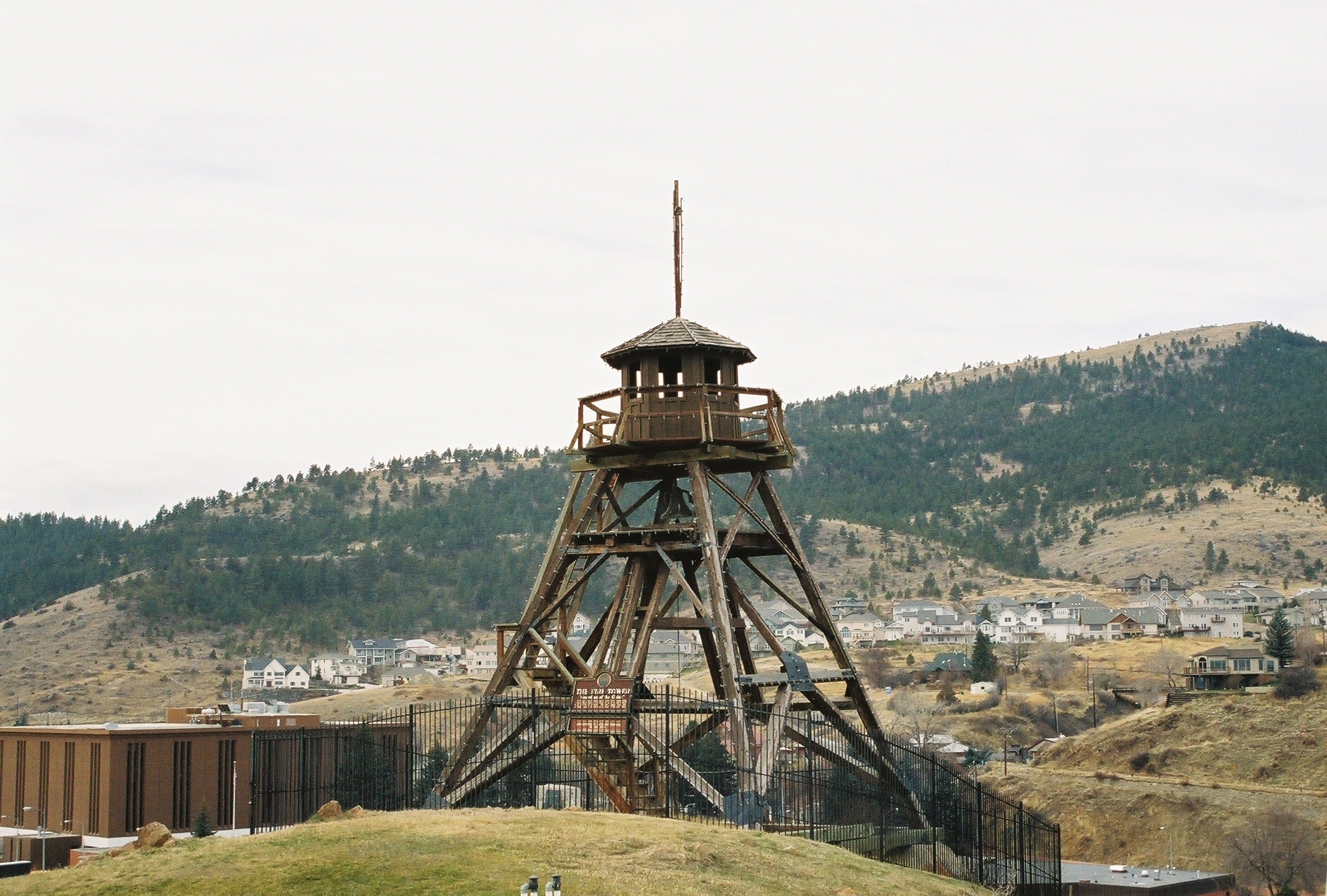 Fire was the grim reaper that stalked all western mining camps. Hastily–built log cabins, crowded together along the streets, created a constant hazard. Miners relied on fire for cooking and heating, but they were sometimes careless; their tiny cabins of tinder-dry wood bred a dangerous combination. When one building caught fire, just like a row of dominoes, the rest did, too. In the mining camp at Last Chance, there was an added danger: residents knew from experience that the wind whipping through gulch could carry firebrands to neighborhoods not even close to the source of the blaze. The camp at Last Chance was therefore even more vulnerable than most and nearly every cabin had a fire bucket hanging within easy reach. Last Chance—officially named Helena in the fall of 1864—suffered greatly from fires that periodically destroyed chunks of the early community. If a person lost his precious supplies or a store lost its inventory, it could be months and months before replacements arrived. Citizens organized a warning system and built the first fire tower upon the hill in 1868. Volunteers took turns scanning the gulch for wisps of smoke where none should be. Ironically, fire destroyed the first tower. The present structure, constructed using millwright techniques of beams bolted together, took its place in 1874. It was improved with a guardroom and bell in 1886 that for many years sounded the evening curfew for Helena’s youngsters. The Guardian of the Gulch served the community for nearly seventy years. Listed in the National Register of Historic Places, is a fitting symbol and Helena’s signature landmark