We Spent a Night in Montana’s Haunted Prison

When it comes to ghosts and a belief in the paranormal, I would describe myself as an open-minded skeptic. While I’ve never had a paranormal experience myself, I’ve known plenty of people to describe their own encounters that verged on unexplainable. I enjoy the occasional ghost tour and love the history that backs the claims of paranormal encounters across Southwest Montana.

With Halloween just around the corner, I figured this would be the perfect opportunity to explore what might just be considered the most haunted location in Southwest Montana – the Old Montana Prison. So I signed up for a ghost hunt with the Chicago based company Ghost Hunts USA. The event was to take place from 8:30pm to 5:00am and I will be the first to admit that I couldn’t imagine what would possibly hold my interest for nine hours and even suggested that leaving partway through the evening might be for the best. 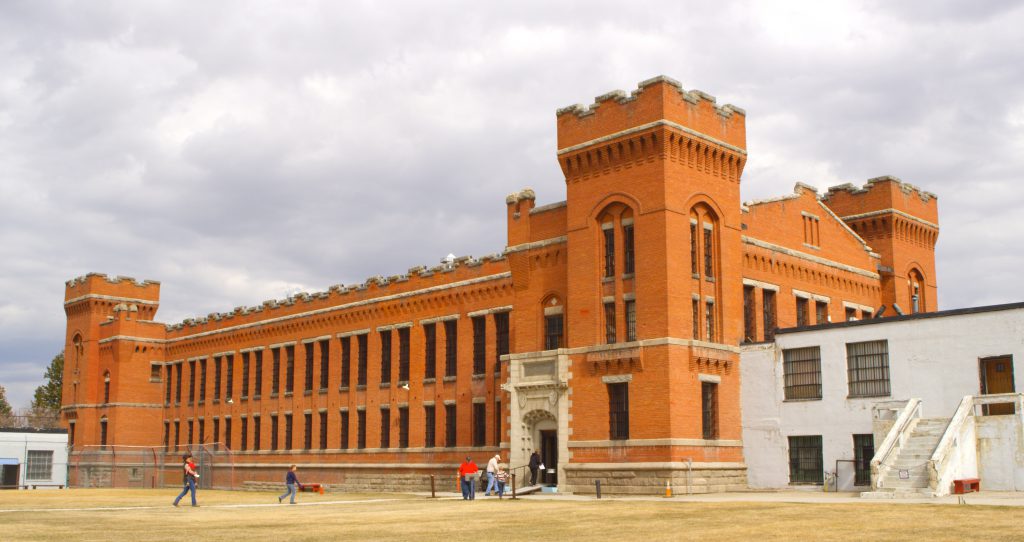 How wrong I was – we spent 4 hours with the group and another 5 hours of personal time exploring within the walls of the Old Prison. We spent time exploring the Admin Building, the General Population Cell Blocks, the Library, the Death Tower, the Chapel, various isolation cells, and of course Maximum Security.

The Old Montana Prison (now a Museum Complex) served as the Montana State Prison from 1870 until 1979 when the last prisoners were moved to the new facility west of town. The most well-known incident at the Old Deer Lodge Prison – which made international news – was the 1959 riots. During these riots, inmates held the prison for nearly 36 hours, locked guards in “the hole,” murdered the deputy warden, and held the warden hostage demanding better conditions before the National Guard was called in and the incident ended with the murder-suicide of Lee Smart and Jerry Myles (those who had organized the riot) in the northwest tower of the penitentiary. 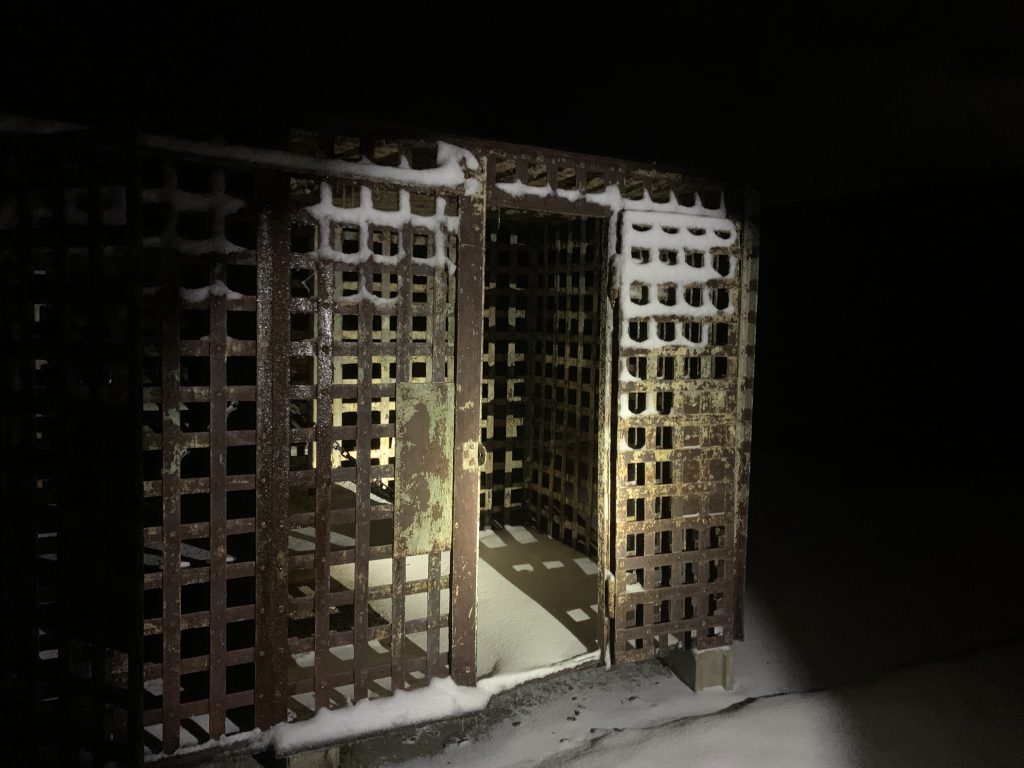 This is just one of countless scars on the prison and for the well-known story of Myles and Smart, there are hundreds of other stories from the inmates at the Old Prison. While many served their sentences and moved on – some in life and some in death, others are said to have never left the prison. At the very least, there is undeniable energy within the prison walls.

During our ghost hunt, we experimented with trigger devices, recorders and more while we asked the spirits to make their presence known. We began with a vigil in front of the general population cells and then participated in three different rotations in Maximum Security, the Chapel, and the Admin Building. It wasn’t until we were exploring the prison alone that I truly felt an unexplainable presence. 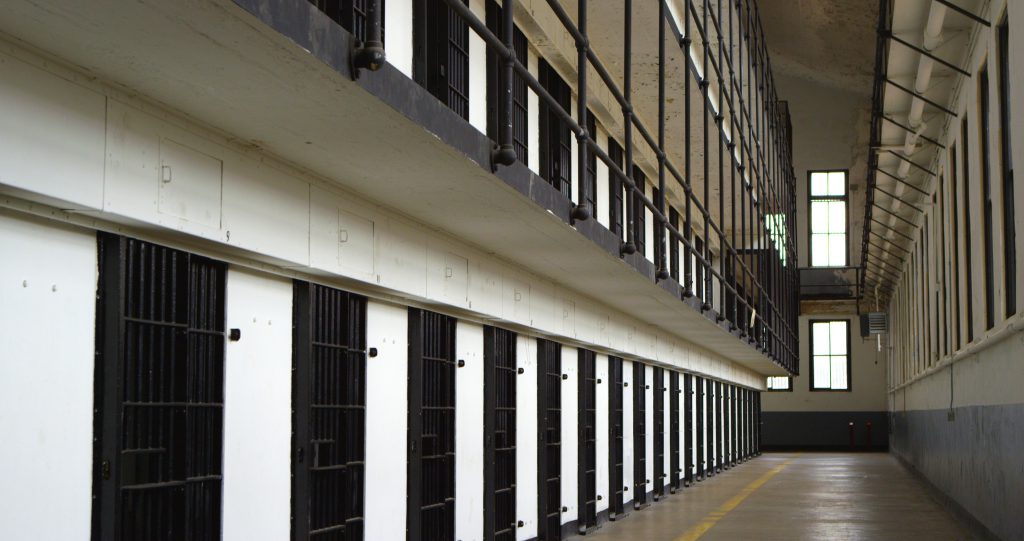 The first such experience took place in the prison yard in the Canteen. We entered the area, placed a simple cat toy on the ground between us and turned on a highly sensitive microphone. While I could hear nothing, someone mentioned hearing footsteps entering the room – we were of course alone and no one joined us. While the cat toy had remained unmoved up to this point (even with a couple strong gusts of wind) we asked the spirits to make the toy light up if they were there and promptly without question the ball lit up. As the flickering stopped, we proceeded saying that if they wanted to communicate to again move the toy and make it light up. Again, the toy flashed on.

“We are going to ask you some questions, light up the toy if you understand” – instant lights. “If the answer to the question is yes, please light up the ball. Does that make sense?” – again the ball lit up. We carried on a conversation and eventually asked “do you like visitors at the prison” – yes – “do you want us to stay” – nothing – “would you prefer if we left?” – yes. We quietly thanked the spirit for their time and exited back to the prison yard.

Having been on edge all night, a sense of calm washed over me following this experience as if reassured that the spirits themselves enjoyed our company.

While the spirits may have caught my attention, it is the history that held it. Following our experience, I read about the riots, learned about the construction of the prison, and even dove right into Ellen Baumler’s book Dark Spaces. Whether or not you believe in the presence of spirits, the history of the prison is sure to pique your interest. 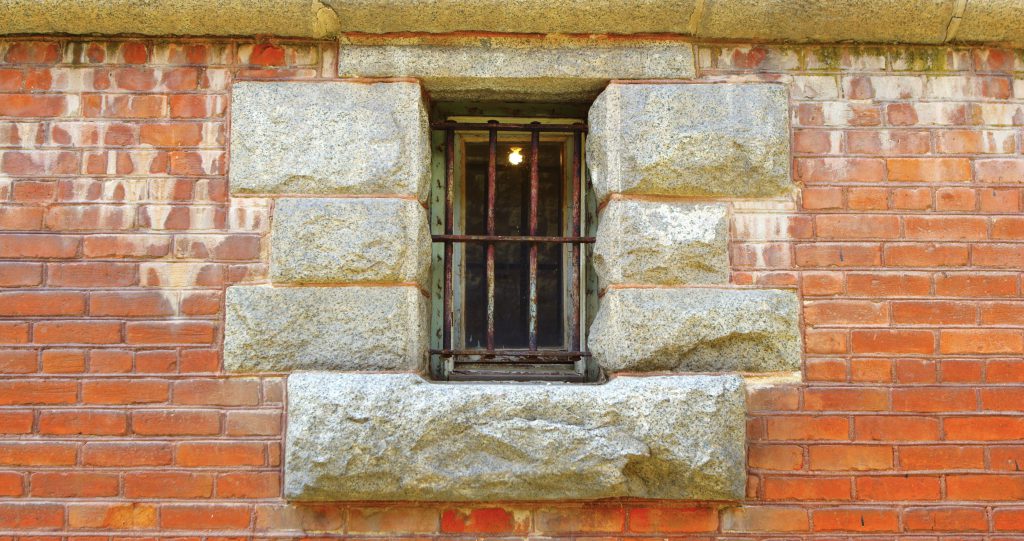 The museum is well worth a trip to Deer Lodge even during the day. If you choose to take a haunted tour, go in with an open mind, try your hand at communicating, and take time to appreciate the intricacies of the stories housed within these walls. Some can’t miss features: the bazooka damage on the northwest tower, maximum security, the “The Rat Man” an artistic installation in West Siberia, the tunnels, and the original Galloping Gallows in the Clark Theatre.

There were things that happened during our time at the prison that I cannot explain, and I know I am not alone. Have you had a paranormal encounter at the Old Montana Prison? We would love to hear your stories and experiences from Deer Lodge!

Montana Shakespeare in the Parks Celebrates their 50th Season
The Dumas Hotel
Ghosts of Devil’s Perch |  A Paranormal Investigation of Butte, Montana
Drink It In Montana – Beer & Spirits Tour