“I fish because I love to; because I love the environs that trout are found, which are invariably beautiful, and hate the environs where crowds of people are found, which are invariably ugly … because in a world where most men spend their lives doing things they hate, my fishing is at once an endless source of delight and an act of small rebellion … not because I regard fishing as being so terribly important but because I suspect that so many other concerns of men are equally unimportant – and not nearly so much fun.”

Wherever you travel in Southwest Montana, you are bound to find some fantastic fishing. Southwest Montana has some of the highest quality natural trout streams in the United States, including the Ruby River, the Big Hole River, and the Beaverhead River. These rivers are known for some of the finest fly fishing around. If you prefer lake fishing, we have plenty of that as well!

With such diverse opportunities, we couldn’t possibly list them all (check out a comprehensive list of rivers in Southwest Montana) … so we chose a few of our favorite Blue Ribbon locations for fly fishing: 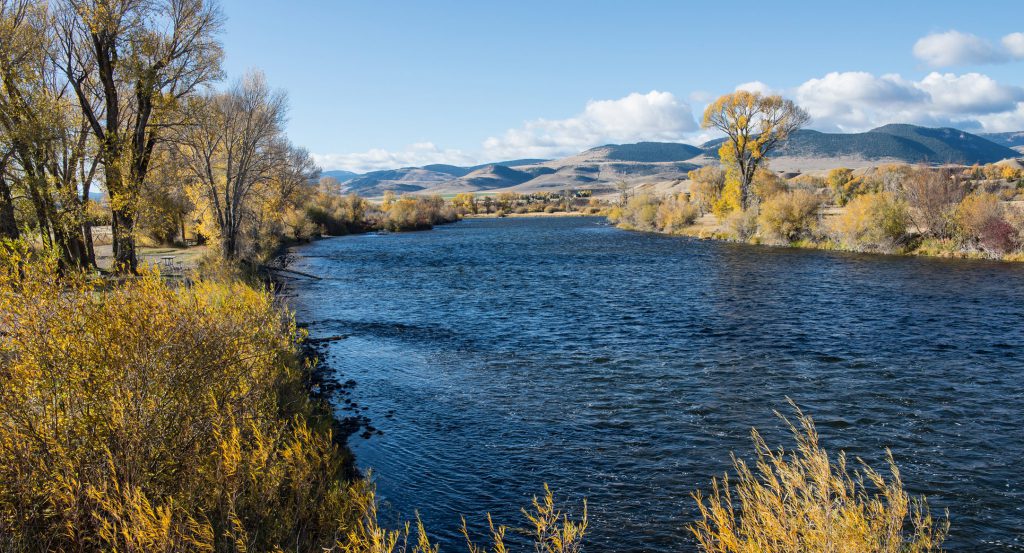 Flowing through a lush ranching valley girded by snowcapped peaks, the “Fifty Mile Riffle” of the Madison River deserves its reputation as the best trout stream in Montana. The Madison flows straight and quick through Southwest Montana, the expansive Madison Valley unfolding to either side. To the east the Madison Mountains rear from the valley floor; to the east, the Gravely Range rises from the plain, following the river north. Vast quantities of trophy trout call the Madison home. 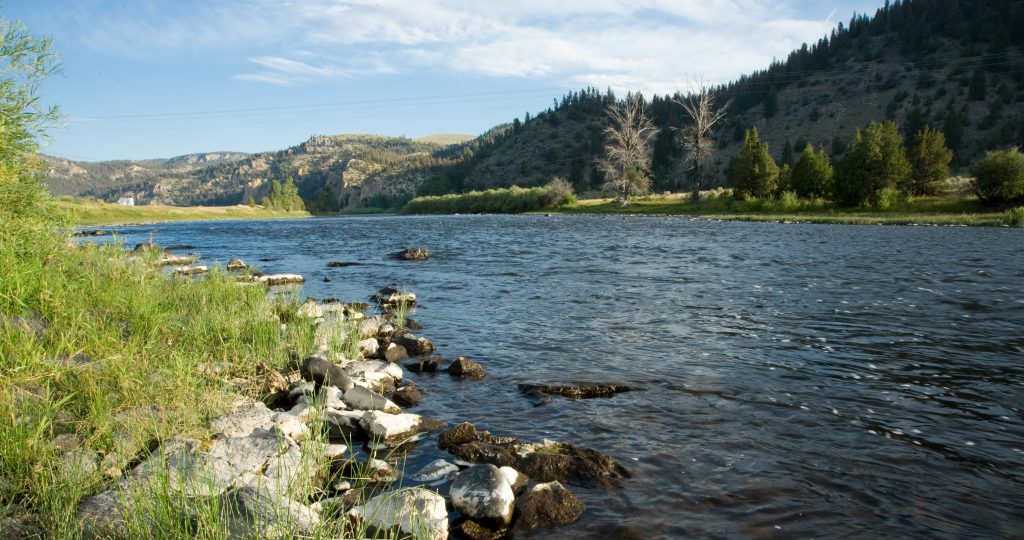 When you think of a pristine mountain river, perfect for fly fishing, you instinctually envision the Big Hole. The 150-mile course of the Big Hole River tumbles from the high mountains, braids through lush hay land, riffles through a narrow canyon, and then winds its ways to the confluence with the Beaverhead to form the Jefferson River. The Big Hole offers opportunity to fish for trophy Rainbow, Brook, and Brown trout, as well as fluvial arctic grayling (a fish unique to the Big Hole in the lower 48). 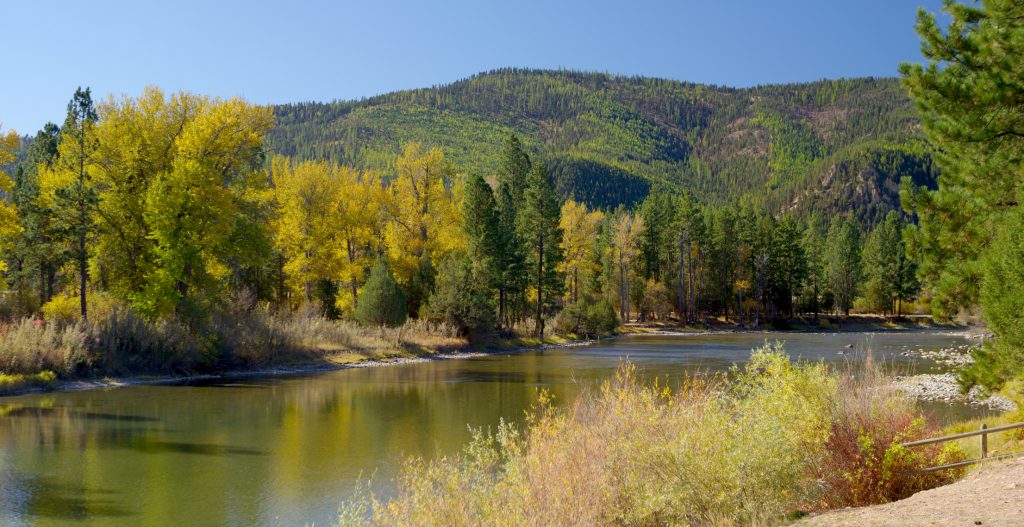 The Blackfoot is the river featured in the dramatic prose of Norman Maclean’s A River Runs Through It. The opal pools and emerald riffles of the Blackfoot River have run through the collective imagination since the release of Maclean’s novella that elevated a simple trout stream to a literary masterpiece. The river begins near the Continental Divide, just a few miles northeast of Lincoln. In a less densely populated area of Montana, you will find an abundance of wildlife – elk, moose, bighorn sheep, osprey, eagles, and more. 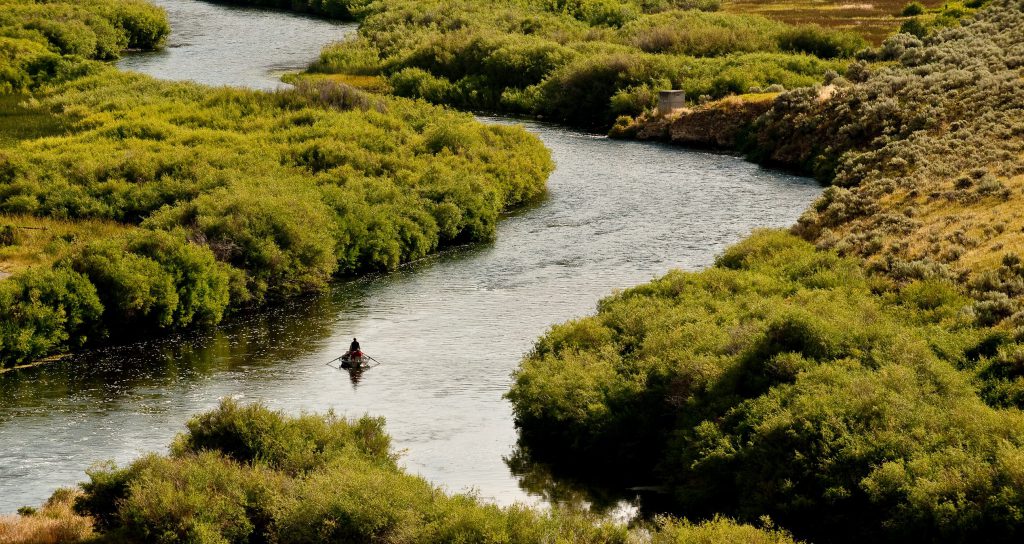 The Beaverhead River flows for nearly eighty miles from Clark Canyon Reservoir to its confluence with the Jefferson River near Twin Bridges. With its willowy banks, tight twists, and fluctuating water levels, the Beaverhead offers plenty of challenges, even to skilled anglers. The challenge does not come without rewards, the river boasts more trophy brown trout than any other waterway in the state.