During the gold rush of the 19th century, thousands flocked to Butte, but what really set this community apart (and kept them from the ghost town fate of so many other mining camps) was its rich copper deposits. By 1896, Butte was producing 210 million pounds of copper per year. The mines and smelter in the area kept thousands employed and the prospects of striking it rich continued to draw miners from around the world to Butte. With a significant Irish, Italian, Lebanese, and Chinese population, Butte became quite the cultural melting pot.

Because of Butte’s prominence and world-wide status, the city quickly claimed the moniker “Butte, America,” a name that has been retained through the years.

Much of Butte’s wealth was held by the ‘Copper Kings’ at the turn of the 20th Century. These men owned much of the Anaconda Copper Company and smelter. You can read more of the likes of Marcus Daly, Augustus Heinze, and William Clark in our blog post “Copper Kings.”

Amidst the power struggle of the Copper Kings and at the height of an election scandal, William A. Clark gave the city a gift that would be cherished for nearly three quarters of a century. His gift to Butte, albeit a community bribe to be elected as Montana’s Senator, was the Columbia Gardens, an amusement park that rivaled the best entertainment of its time.

The Columbia Gardens were built in 1899, starting as a 23 acre complex, it would eventually grow to encompass 68 city acres. Admission to the Columbia Gardens would remain free (concessions and rides would cost a small price) until the park stopped operating in 1973. According to residents and visitors, the park was unlike anything else in the state and many felt that there was something magical about the Columbia Gardens, especially being able to share something so special with upcoming generations.

The first ride installed at the Columbia Gardens was the ‘Chutes’ which took boatloads of passengers down the hillside screaming into the lake where they would splash into the water below.

In 1906, a three story roller coaster (the largest attraction) was added to the park. The coaster featured velvet seats, 10 cars, and operated as a bump steer car on maple rails. Over the years, the red velvet was replaced with a more durable vinyl material and the cars were painted various colors. There was never a lap bar and side boards were only located on one side of the car, not for safety, but rather to ensure passengers would only disembark from one side. In 1918 the coaster was reduced to 2 stories following an accident but continued operating until the park’s closure.

Serving as a true community gathering place, the Gardens also featured a sports stadium where the minor league baseball team, the Butte Miners,  would host games and a Grand Pavilion that is remembered fondly for the incredible Big Band live music and large dance floor that could hold hundreds of dancers.

If you ask those who visited the Columbia Gardens to recount their time at the park, many would list the zoo as a favorite attraction. The Zoo featured a variety of Montana wildlife which were given names like Big Tom, Dottie, Daisy, Jack, Jill and little Mac. Visitors would come from all over to view the wolves, bears, coyotes, bison, rabbits, “rocky mountain goats,” lynx, mountain lions, porcupines, badgers and more.

Other features of the park included a Ferris wheel, mini-train, lake (where visitors would wade, canoe, swim), bi-plane ride, incredible playground, and carousel.

None of the attractions could be out done by the Gardens themselves, however, and visitors could spend hours wandering the stunningly maintained grounds along a variety of walking paths and a visit to the herbarium would provide a glimpse of the diversity of flora and fauna found across Montana.

WHAT HAPPENED TO THE COLUMBIA GARDENS?

As the copper mines began to produce less and less in the 1950s, the Anaconda Copper Company turned its focus to open pit mining which was less costly and therefore more profitable. The Berkeley Pit opened in 1954 and continued to grow over the years until it bordered the Columbia Gardens. At the beginning of 1973, the company announced that the ‘73 season would be the last for the beloved amusement park. Unfortunately even the Berkeley Pit Mine could not sustain profitability and as nearly a “last ditch effort” the Anaconda Copper Company decided that an additional open pit mine was in the communities best interest.

The Columbia Gardens operated until Labor Day 1973. Following the park’s closure, the annual storage for the rides was completed. The majority of the rides were stored in the arcade building. Before community members were able to come up with a plan for the relocation of the park, the arcade caught fire on November 12, 1973. The report cited an overloaded electrical transformer as the fire’s cause, however speculation ensued. Locals wondered how an electrical fire was to blame when the power to the site had been shut off nearly two months prior. Many theorize that the true cause to be arson by the Anaconda Company who was looking for a quick way to clear the land. Whatever the case, the Continental Pit was excavated on the former park site that same year.

The Columbia Gardens are remembered by community members and those who had the chance to visit.

While the gardens never found a new home in Butte, there are a number of relics scattered across the community. We took an afternoon to explore town and see what we could find!

The Spirit of the Columbia Gardens Carousel opened on July 27, 2018 after nearly 20 years of planning and creating from the community. The carousel features 32 hand carved horses and is located in Stodden Park. The focus of this project is to “reclaim, restore, and preserve an important part of Butte’s history.”

At the carousel, you will also find a lovingly restored Velvet Coaster Car along with newspaper clippings and the story of its restoration.

The old cowboy swings that children used to try and “crack the bar” on can be found at Clark Park in Butte. These one-of-a-kind swings were made by the Tracy-Dahl Company out of Chicago. 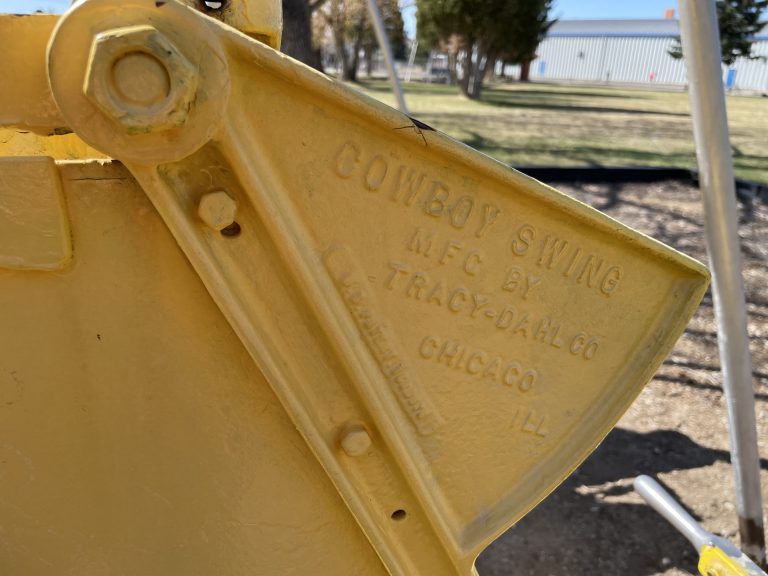 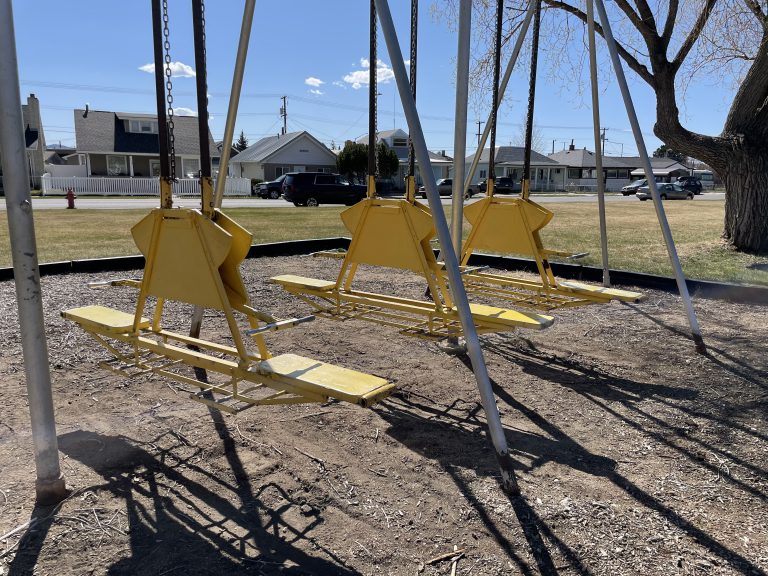 Last but not least, you can find the Arch that once welcomed visitors to the Grand Pavilion up on the old Beef Trail Ski Area. The arch sits on private property, but the community hopes to one day restore the arch and move it back into town.