The Last Chance Stampede and Fair is celebrating its 60th Annual Event this year! It’s annual events like these that bring us, and so many others, coming back for more. The Last Chance Stampede and Fair takes place each year during the last week of July. The event kicks off with a country music concert on Wednesday (this year, Jake Owen) followed by three nights of Pro Rodeo and an equal number of days of a carnival and exhibits.

Each year, the Northstar Amusements Carnival sets up over 20 rides with a separate area for younger children.

Through the exhibit hall and barns, you will find both community and Lewis & Clark County 4-H submissions. Shows are scheduled throughout the week, while the livestock auction takes place on Saturday morning.

If that isn’t enough, we know plenty of people who enjoy the fair for nothing more than a chance to indulge in a little fair food. On the short list, you’ll find Lemondairys (soft serve vanilla ice cream with a lemonade slushy), Old Fashioned Sodas, Steak Sandwiches, Wood Fired Pizza, Kettle Corn, and of course a variety of fried treats! 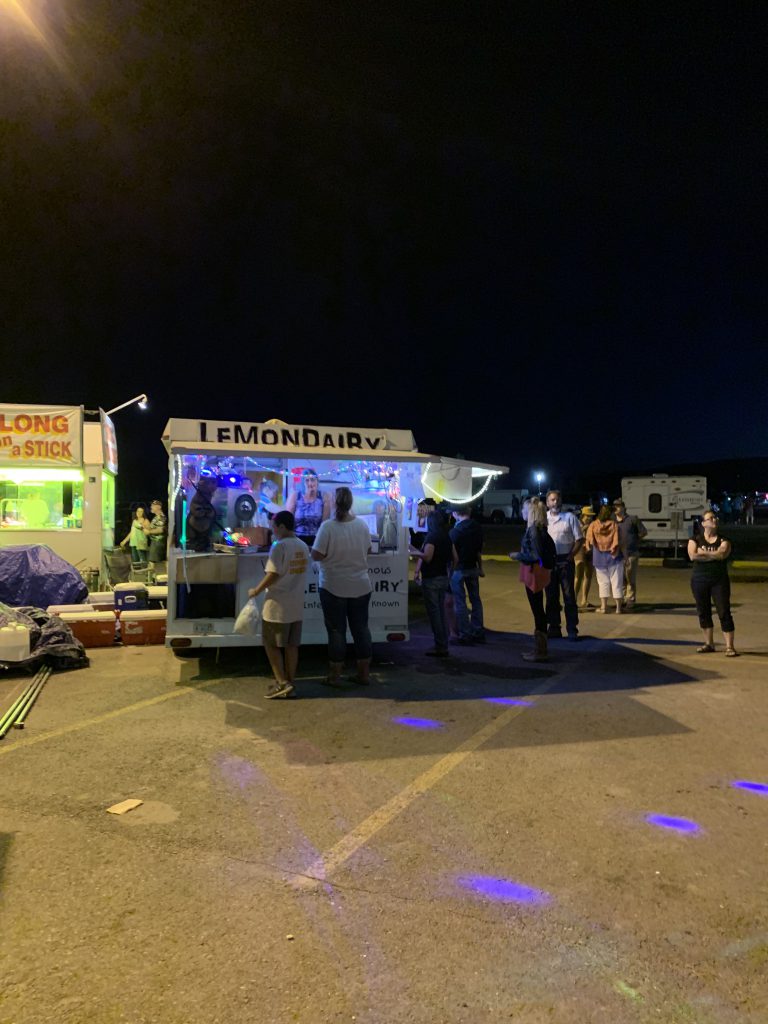 While the food, carnival, and exhibits are enough to draw a crowd, the true gem of the Last Chance Stampede and Fair is the rodeo.

We had the chance to attend the Thursday night rodeo which started with an incredible parachute performance from Dana Bowman Sgt. First Class (Ret.). Bowman is a double amputee who lost his legs in a training accident with the Golden Knights, the US Army’s elite parachute team. Just nine months after the accident, Bowman became the first double amputee to re-enlist. As Bowman came spiraling down to the arena everyone was on their feet cheering him on, the perfect way to celebrate military appreciation night. 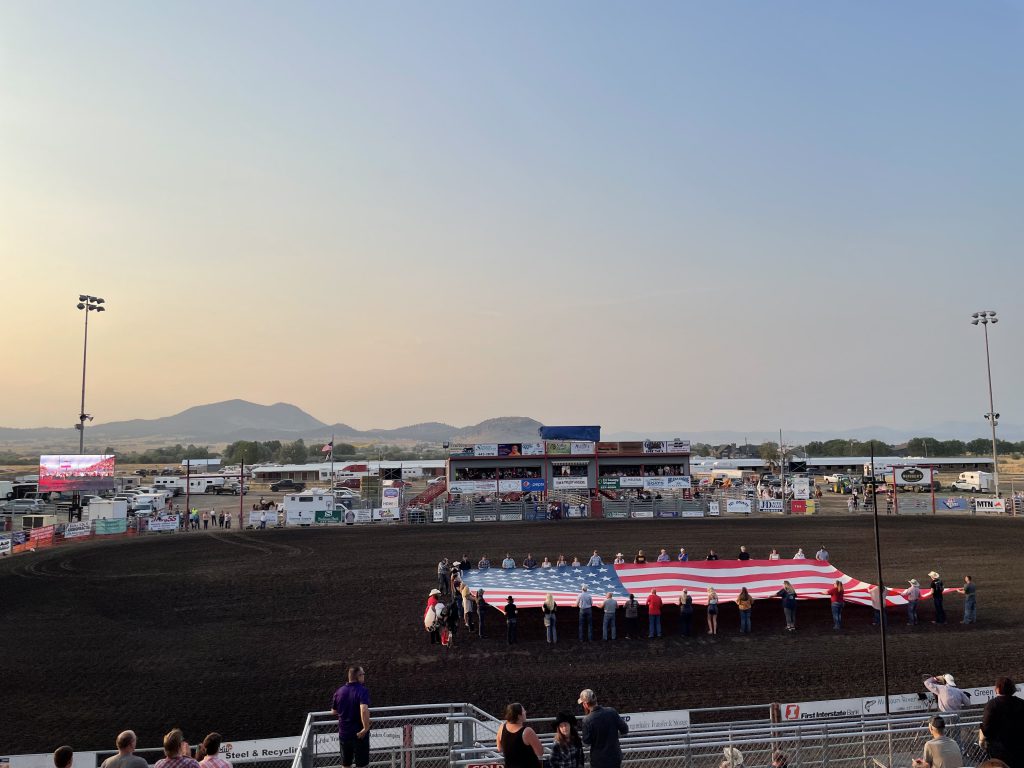 Following the presentation of the flag, the rodeo kicked off with the Bronc Riding before continuing to team roping, steer wrestling, saddle bronc riding, tie down roping, barrel racing and bull riding. 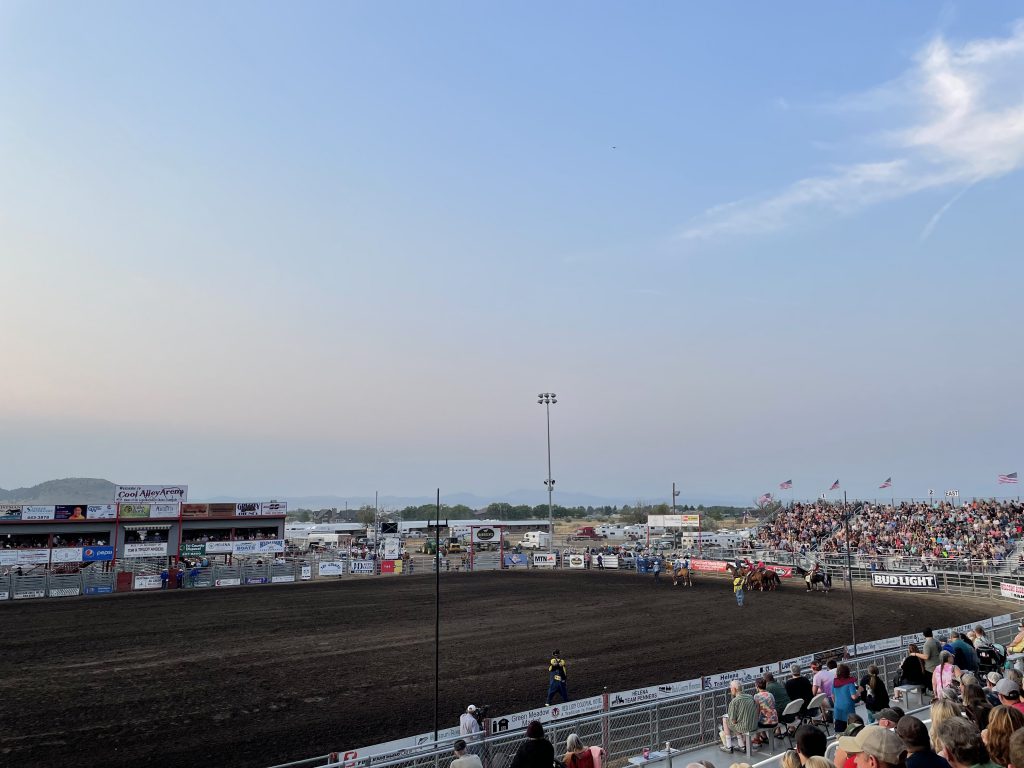 No rodeo would be complete without stunt performances and of course a rodeo clown or two! This year’s specialty act is that of Troy Lerwill, a multiple-time PRCA Comedy Act of the Year, who brings his “Wild Child” act. In addition, Dennis Holstead returns as the rodeo clown and barrel man. Possibly more important than even the clowns is the announcer. Wayne Brooks, three-time PRCA Rodeo Announcer of the Year, is back in Helena to call the action! 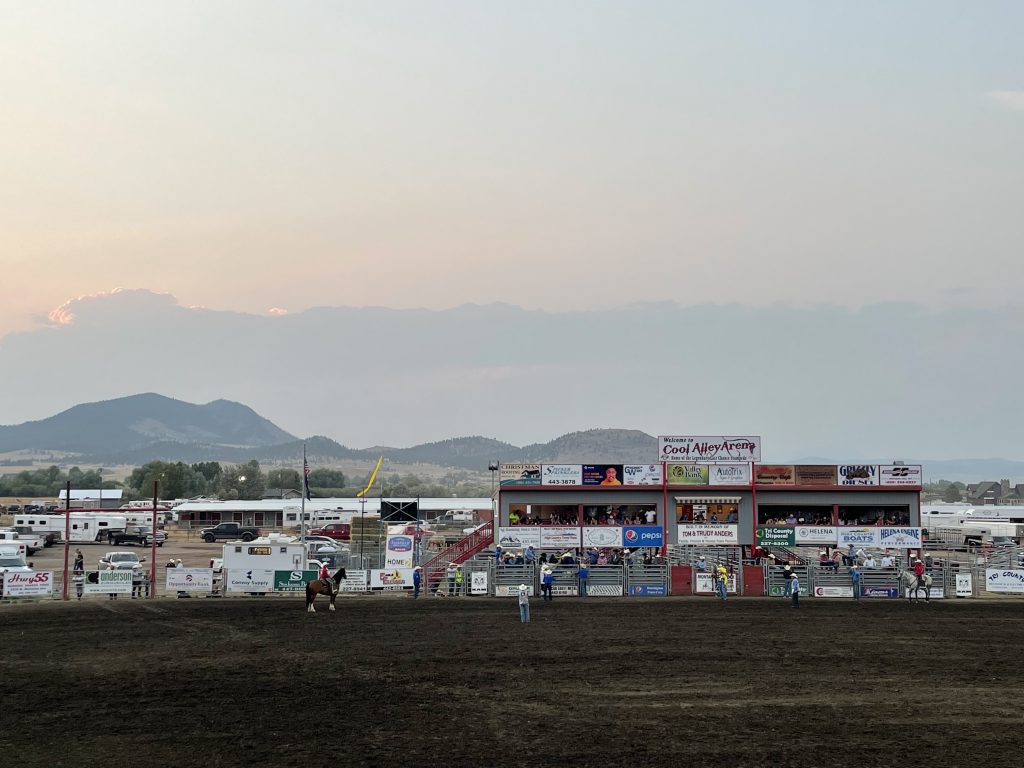 Looking for more information, tickets or a schedule of events? https://lccfairgrounds.com/last-chance-stampede