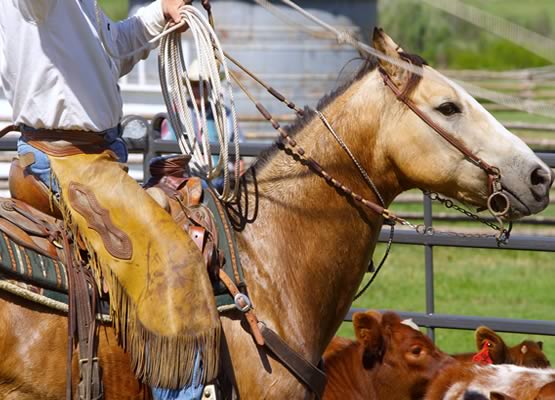 Grant-Kohrs Ranch was sanctioned as a National Historic Landmark in 1960, but it wasn’t until President Nixon signed a congressional bill in 1970 that the National Park Service was allowed to purchase the land and begin restoration. The National Park Service purchased the land and buildings to preserve a working nineteenth-century cattle ranch “for the benefit and inspiration of present and future generations.”

Years before the gold rushes brought thousands to the area, men were running cattle in the wide-open spaces of Montana. Richard Grant and his sons, John and James, built a sizeable herd by trading with westward immigrants along the Oregon Trail.

With the herd in tow, the Grants (Johnny and wife Quarra) returned to Southwest Montana, making a permanent home in present day Deer Lodge in 1859. In 1865 and the years that followed, Grant stepped into a period of misfortune – Indians ran off with the majority of his cattle, arson destroyed a barn, and seven hundred gallons of liquor was seized by a United States Revenue officer. It was around this time that Grant realized Montana may not be the safest place for his family. Arrangements were made for Conrad Kohrs, a friend of Grant’s, to purchase the ranch for $19,200 in August 1866. Grant would eventually take his children away from the area, but due to an untimely death from tuberculosis, Quarra would not join them.

After returning east to marry, Conrad Kohrs brought his bride, Augusta, back to Montana to live on the ranch. The couple raised their family here and in the 1890s expanded the house. John Bielenberg, half-brother and partner of Kohrs, brought stallions to the area, while Conrad focused on mining, legislation, and raising cattle. The ranch was operated by the family until the 1970’s when the National Park Service began the restorations. 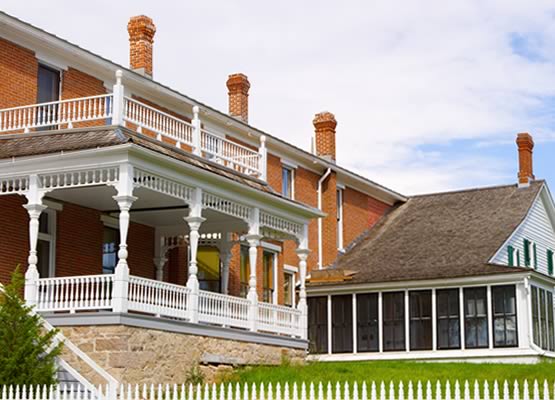 Paranormal encounters run the gamut at the ranch, with many reporting the diverse experiences they have had on the property.

These are only a few of the tales from the ranch, others report an alarm going off by itself, the voice of a small child, an unexplained handprint on the mirror, and more.

Grant-Kohrs Ranch is open year-round, inviting visitors to step back in time and experience the life of the American cowboy. Don’t miss an opportunity to stop by while you are in the region. You never know what ghostly encounter you may have!