Laura and her Yellow Canaries 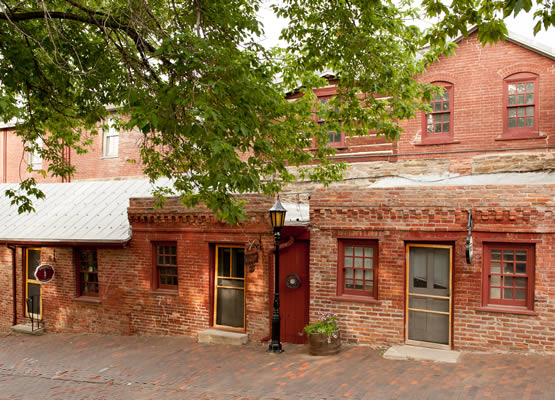 Laura Duchesnay and her husband George, both born in France, were residents of Reeder’s Alley in Helena from the 1910s to 1940. The couple called the large Stonehouse at the top of the alley home. Shortly after their arrival, Laura became known among her neighbors as a gentle friend with a healing touch. She was always happy to nurse the wild birds of the mountains back to health, especially those brought to her by the children in the area.

Laura had an affinity towards birds, especially her yellow canaries. Oh, how she loved those songbirds. While they were generally kept in their cages, Laura would sometimes allow the birds to flutter around the apartment finding their favorite perches in the rafters, quietly chirping.

In the 1920s, the stone house also provided clandestine storage for moonshine. At different times of the month, people would line the alley waiting to enter the stone house. Some feared that they would be questioned by a revenue officer, but, as the story goes, the lady who lived in the stone house would bring out cages of birds. If anyone asked, the customers would simply say that they were buying canaries.

In 1933 Laura became deathly ill due to an intestinal obstruction. She passed away at St. Peter’s Hospital. George was heartbroken. He asked that the undertaker bring her back to the house one final time where he had fixed a place for her. George unlatched the cages and let the birds flutter around Laura and again perch in the rafters. As if they understood the finality of this ritual, the birds chirped as gently and sweetly at midnight as they ever had.

After Laura passed in 1933, George found new homes for the canaries and carried on collecting rent from the spare rooms and tourist cabins they had once run together. On August 17, 1940, George passed away in the house he had once shared with Laura. Their graves can be found in Forestvale Cemetery.

The stone house eventually became a popular restaurant in Helena where Michaela Crawford was hired as a waitress in 2000. When she was hired, she was told by a senior staff member “We have all experienced things in this place that we can’t explain. You may see things, feel things, and hear things that are frightening. Just don’t be afraid and know that you aren’t alone.” Over the years people reported hearing a disembodied sneeze or cough with no one in sight, a child’s laughter, or seeing a mysterious black shadow that crossed the corridor.

Late one evening as Michaela was preparing the dining room for Valentine’s Day, she heard a distinct chirping. Knowing that if she left a bird trapped in the restaurant overnight she would have a mess to clean up the following day, she began searching for the bird. As she made her way to the foyer, she heard loud chirping and the rushing of wings and what sounded like a flock of birds passed overhead ... yet there was nothing to be seen. Since then multiple visitors have asked where the chirping or fluttering is coming from, only to find nothing.