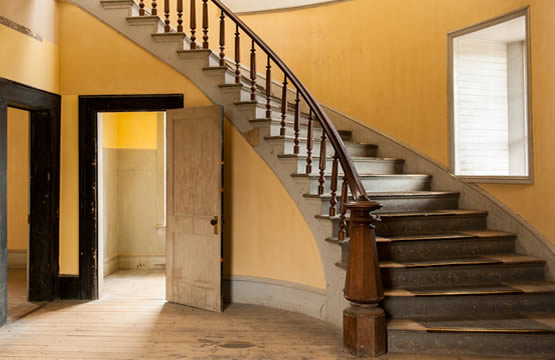 Bannack, settled along Grasshopper Creek, was once a thriving community. The area’s first major strike was on July 28, 1862. At its peak, Bannack was home to over 3,000 residents. Only two years after the discovery of gold, Montana became a U.S. Territory. With the boom and relatively high population in the area, Bannack was named the first Territorial Capital of Montana. The gold became more difficult to reach, and news of other strikes made their way to Bannack. As people moved away, the Capital was moved to Virginia City in 1865, where Alder Gulch was prospering.

Hotel Meade was constructed in 1875 and served as the first Beaverhead County Courthouse. In 1881, the courthouse was moved to Dillon, Montana, leaving the large brick structure vacant. Dr. John Singleton Meade purchased the building in 1891, and began renovations to create an elegant hotel.

In August 1916, sixteen-year-old Dorothy Dunn, her cousin Fern, and a friend, waded into a dredge pond and stepped off of a shelf into deep water. None of the three knew how to swim. Luckily a passerby was able to save both Fern and the friend, but Dorothy was not as lucky. Today, the site of the tragic drowning is referred to as “Dorothy’s Hole.” 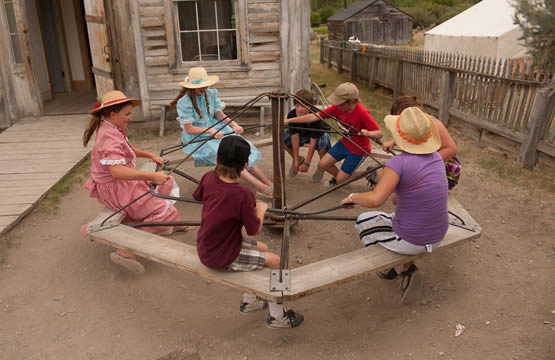 Bertie Mathews, Dorothy’s best friend, took her death particularly hard. Bertie’s parents operated the Meade Hotel at the time (a prominent feature in Bannack, even today). Some time after the accident, Bertie saw an apparition of her friend upstairs in the hotel. She recognized Dorothy by her long blue dress. Although Bertie rarely discussed the sighting, other visitors began to report seeing the apparition of a young girl in a long blue dress in the window of the hotel. Others have reported cold spots, and some children have reported trying to speak to the girl in a long blue dress.

As the town’s residents left Bannack, the hotel closed its doors permanently in the 1940s.